> SILVER FACTORY (the) : The Sun Shines Over You 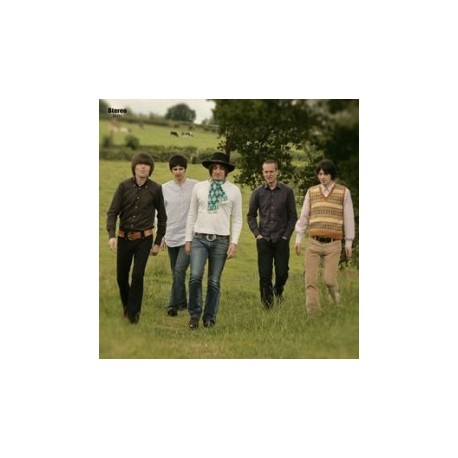 SILVER FACTORY (the) : The Sun Shines Over You

1 * The Sun Shines Over You

3 * I'm Not Young Enough To Know Everything

A limited edition green vinyl 7” which contains an ode to the indie pop which gave us the goose bumps, such as groups like THE JUNE BRIDES, CHOO CHOO TRAIN, MOOD SIX and CLOSE LOBSTERS, but at the same time leaving its own melodic marksmanship of the sixties with groups like THE ZOMBIES and THE LEFT BANKE.

“The Sun Shines Over You” reminds us of the beginning of the band of Ian Brown, and we immediately hear the sounds of crystalline arpeggios filled with chorus, full melodies filled with vitality, to complete one of the best songs we have heard all year long. The song, “She Smiles” follows this tune and is one of those songs which reflects the inevitable affinities and the sounds of the sixties such as THE HOLLIES and THE MONKEES, with an intensity and elegance which makes us cry, and occasionally reminds us of a mix between THE RAZORCUTS really cheerful and the beginning of the career of PRIMAL SCREAM.

On the other side of the record, “I’m Not Young Enough to Know Everything,” a song very reminiscent of THE SMITHS, is another fantastic hit of the latest Elefant group where it is obvious that Fran Feely wanted to mark the group since its creation with grand melodies and meticulous lyrics. Lyrics including, “All the heartaches don't mean a thing / Cause I'm not young enough to know everything.” Finally, “Tomorrow’s Today” brings the album to an end with the wonderful arpeggios and enormous guitar riffs, some of the most exciting we have heard in the last few months.

To share with the release of this album, we are also presenting the video, “The Sun Shines Over You” with a melancholic aesthetic, with granulated features and an analogical haunting. A precious video which shows the universe that surrounds THE SILVER FACTORY and in which we can see the group accompanied by their friends, with a special appearance of Sean Thomas, member of the mythical group, THE MYSTREATED.