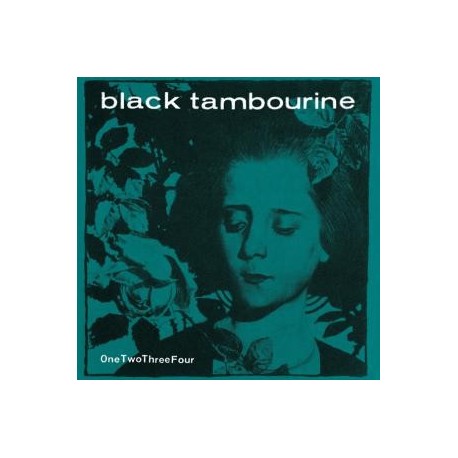 #1 I Want You Around

#4 I Wanna Be Your Boyfriend

It took a pretty special occasion to bring Black Tambourine out of retirement, even temporarily, and the 20th birthday of singer Pam Berry’s Chickfactor magazine is definitely such an occasion. When the band was discussing the rather complicated logistics (members scattered across two continents) for the reunion shows, the idea of maybe doing some new recordings came to mind. Everyone quickly agreed that a tribute to one their favorite bands would be a fun project, and of course The Ramones jumped to the top of the list.

After choosing which songs to work on, the band recorded using the same methodology as they did for the bonus tracks on their self-titled 2010 compilation LP. The gentlemen in the band convened in Maryland to lay down the music, the rough mixes were sent to Berry in London so she could add her inimitable vocals, and then the resulting recordings were sent back to Maryland for drummer Archie Moore to mix.

The final result is OneTwoThreeFour, a double-7-inch EP featuring Black Tambourine’s versions of four of their favorite Ramones tunes. “I Want You Around” kicks off the EP in storming fashion, a whirlwind blur of rushing guitars and frantic drums with Berry’s vocals just riding on top. On “What’s Your Game” Berry is joined on backing vocals by The ’Rinettes, a one-time-only virtual meeting of some of the band’s fave singers: Linda Smith, Rose Melberg, Dee Dee from Dum Dum Girls and Jenny Robbins from Honeymoon Diary. The ’Rinettes provide heavenly backing to this soaring, feedback-laced treat of a tune.

The second disc of the EP starts with a crunching version of “I Remember You,” powered by layers of rocking guitars and Moore’s tumbling, mod-ish drumming. It’s all over in a brief 2:15, a succinct blast of pop-art punk. The record wraps up with a lovely version of “I Wanna Be Your Boyfriend.” Tremelo guitars and gentle feedback carry the tune along, while Berry and Robbins provide ethereal vocal harmonies. It’s a perfect way to end the EP and a neat summation of what Black Tambourine are all about: melody and noise in equal measure.