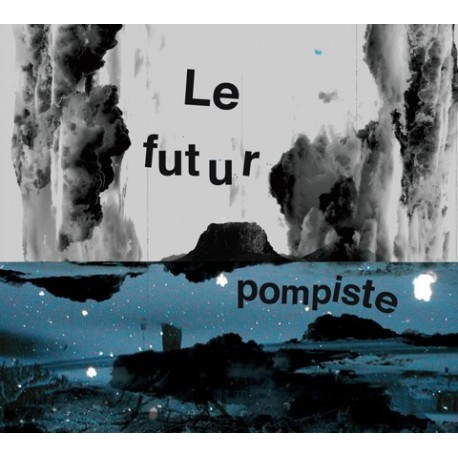 4. Between Hours and Seconds

If not for the fact that few people have ever had the opportunity to hear it, Le Futur Pompiste's 2004 debut, Your Stories and Your Thoughts, might now be widely looked upon as one of the previous decade's most charming pop albums. The uncommonly sophisticated sextet seemed to arrive from nowhere (although, in fact, they came from Vaasa, a small city in Finland). Obvious kindred spirits with the likes of Stereolab, Broadcast and Komeda -- groups who combine old-fashioned melody and newfangled technology to create a timeless notion of pop, simultaneously nostalgic and forward-looking -- they achieved something none of those groups have: a concise, consistently memorable album full of songs that sound like they could have been written at any time in the past 40 years. Released by the enigmatic Spanish label Siesta Records, Your Stories... proved an elusive artifact at a time before every new album achieved instant ubiquity online. It came and went without fanfare, and then the band themselves seemed to disappear.

And, in a sense, they did. Although Le Futur Pompiste never broke up, its members were soon scattered by the realities of adult life: jobs, new families, moving to other cities and countries. Einar Ekström, the band's guitarist and principal music writer, relocated to Sweden and continued to document ideas for new songs, sharing them with his bandmates via filesharing rather than in the rehearsal room. This continued for the next four years, before the band reconvened in the summer of 2008 and recorded the foundations of 10 songs in a single week. Overdubs, additional vocals and mixing were a much more meticulous process, however, taking up the better part of the next 12 months.

The results of those alternately painstaking and leisurely years of writing and recording are here in Le Futur Pompiste's second, self-titled album. Yet despite their extended gestation, these songs sound fresh, spontaneous, as though they simply tumbled from the collective imagination of their creators. They also boast a fullness of sound and an assured grace that mark them as an impressive leap forward from the band's debut. Whether the quiet, slow-burning beauty of "Communication," the summer-like exuberance of "My Trophy," or the simply gorgeous closing track "Girl of Those Days," which seems to condense a lifetime of joy and melancholy into a mere four minutes, Le Futur Pompiste is a stunning introduction to the band, as well as a long-overdue reward for the patient few who know this isn't a debut. Either way, we're blessed to have them back.