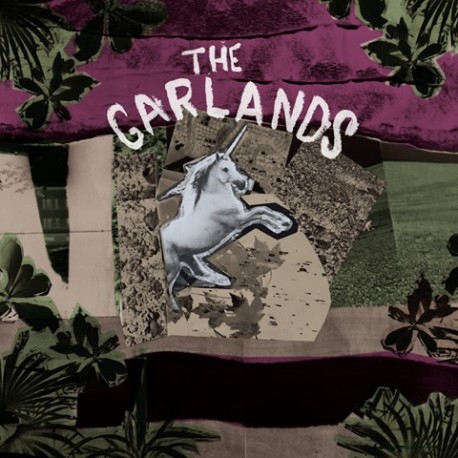 THE GARLANDS : CD The Garlands

3. Throw Away This Day

6. Weakness Is Your Pose

8. Things Just Sound So Easy For You

Roger Gunnarsson (Nixon, Cloetta Paris, and Shelflife alumni Free Loan Investments) formed the group with Christin Wolderth as an bedroom recording project back in 2007. They released numerous tracks together in this format on Cloudberry, Cosy, and Atomic Beat Records. In 2010, the project took to the stage with a live line-up adding friends Einar Ekstroem (Electric Guitar), Patrik Lindgren (Electric Guitar), Maria Grum (Bass Guitar) and Robert Klaesson (Drums). They also released a 7" single "You'll Never Notice Me" on UK label Big Pink Cake. The success of the live line-up prompted recording the entire album together in the studio with Roger taking on a more Brian Wilson-esque role as co-writer/producer with Christin.

The result is pure, breathtaking indie pop perfection from beginning to end! Jangly guitar hooks, head-bobbing rhythms, lovely vocal harmonies -- it's all here! A melting pot of late 80s UK female-fronted guitar pop, celebrating their influences without ever sounding trivial or unoriginal. They are truly masters of the two minute pop song, with only one track ever going past the three minute mark. This has allowed for a special album pressing entirely at 45 rpm.

The Garlands are currently booking shows in 2013 and have played a number of times in the UK, including the Indietracks festival, and throughout Europe as part of the Madrid and Limoges Popfest line-ups.