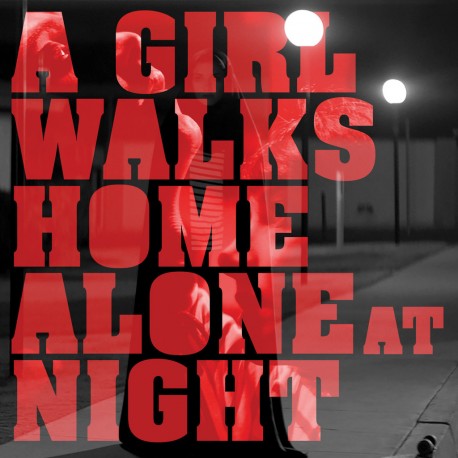 This CD is housed in a Gatefold Digipak.

From director Ana Lily Amirpour and Executive Producer Elijah Wood, A GIRL WALKS HOME ALONE AT NIGHT is a Western vampire noir set in a small Iranian town that has an effortlessly cool soundtrack featuring music from artists such as Kiosk, Radio Tehran, and Federale.

Despite not being score, the music selected by the director nevertheless bears heavy influence from the film music world, particularly the electronically ethereal work of Tangerine Dream, and the inescapable Western sounds of Ennio Morricone. The eclectic nature of the soundtrack is immediately noticeable – with the traditional accordion and Iranian crooning of Kiosk's 'Charkesh E Pooch' a clear opposite of Radio Tehran's punky and irreverent 'Tatilat'. White Lies' 'Death' gives off a new wave melodic vibe, while Farah's ambient 'Dancing Girls' does its best to seduce you with its spoken word vocals. Both creepy and eerie and fun and energetic with its mixing of traditional and alternative musical genres, A GIRL WALKS HOME ALONE AT NIGHT is an instant classic.