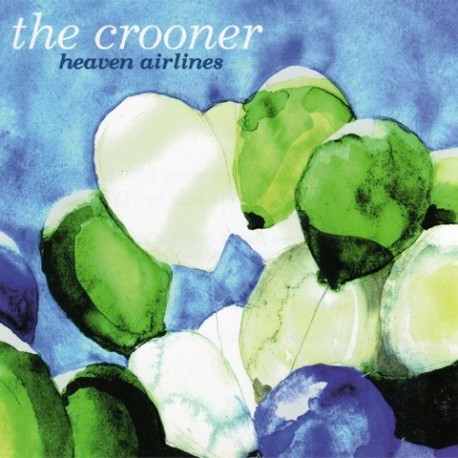 The Crooner's story begins in 1992, when Zissimos (guitarist and singer of One Night Suzan) started working on a solo project with the nick-name "The Crooner" in order to express his love for bossa nova music and bands like Everything But The Girl or Cherry Red Records. In his first acoustic live gigs he was assisted by Makis P.,then member of Next Time Passions. When he was preparing his first solo 7" for This Happy Feeling in 1994 the people who helped him were again Makis P, who also recorded and produced it, and Dimitris ( now D.F.A.) on drums and saxophone. Zissimos and Makis worked so well together that, after their bands split, they decided to collaborate permanently , thus turning the Crooner into a duo.

Their love for pop and also electronic music led the Crooner to a new direction, a mixture of pure pop with some electronic elements, which evolves day by day. The first signs of this evolution came with "Alberto Caeira", a song featured in the first Shelflife Rec. compilation in 1996. Then followed "Heaven Airlines" in the same label, which attracted the attention of a larger public, and the interest of Japanese labels. In this CD the 2 boys are helped by Miss Honeybeetle on female vocals, and try to find a balance between their early acoustic sound and their electronic influences. A song from this CD ("Over the Rainbow") also attracted the attention of Bungalow Rec. and included it in their "Atomium 3003" Club Pop compilation. Club pop ? Well, almost. The latest Crooner release, "Soft Escape" (11 track CD on Pop Art Rec.) manages to express pop music as a free form art, combining everything, from bossanova to ambient to j-pop to house music, but is still 100% Crooner music. This CD also features Miss Honeybeetle, as well as Natasha, whose voices give extra sweetness and colors to this pop journey. Also note that "Soft Escape" was co-produced by Hyplar, who also produced most of the bonus tracks on the Japanese release of "Heaven Airlines"