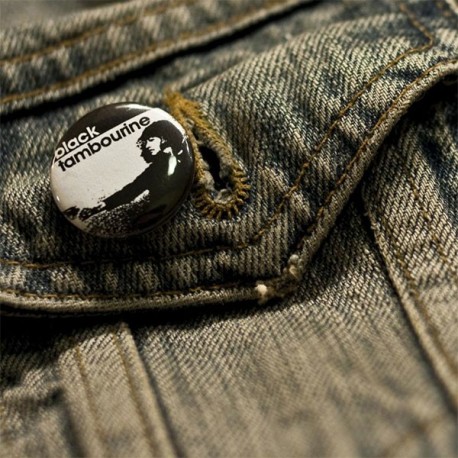 Crucial compilation from one of the first Slumberland bands. A feedback-enshrouded collision of noise & pop that owed a lot to Shop Assistants, Galaxie 500... but BT is unique by his haunting tunes & Pam's lovely vocals. This reissue includes new liner notes, new art, never before seen band photos, & 6 unreleased songs, including 4 new rcdings made in 2009.

6. Throw Aggi Off The Bridge

Though they only released a handful of songs during their two-year lifetime, Black Tambourine has been hugely influential in the world of indie music. Conceived of as an explicitly pop band at a time when such bands were pretty rare in America, Black Tambourine wore their influences on their sleeves: The Jesus & Mary Chain, of course, but also folks like Phil Spector, Smokey Robinson, Love, The Ramones, Shop Assistants, The Pastels, 14 Iced Bears, Orange Juice and the list goes on… The band's dark, dreamy sound was consonant with the shoegaze sounds of the day, but the classic 60s-influenced songwriting gives their tunes a timeless appeal. Formed in 1989 as a side project by members of Whorl and Velocity Girl, they soon recruited their mate Pam Berry as vocalist and released their first song, quixotically an instrumental, on Slumberland's very first release. Two singles followed, along with a pair of compilation contributions. Alas, other obligations became more pressing and the band called it a day in 1991.

Though their recorded output was quite limited, the music has continued to inspire indie, punk and indie-pop bands down the years. As the band's twentieth anniversary arrives, just about any review of or article about a noisy pop band drops their name, and their influence on bands as diverse as Vivian Girls, The Pains of Being Pure At Heart, A Sunny Day In Glasgow, Wavves and Dum Dum Girls is continuing proof of Black Tambourine's legendary status in indie music. Interestingly, it would appear that 2010 is the year for Black Tambourine!

Black Tambourine gathers up all of the songs released by Black Tambourine, and handily trumps 1999's Complete Recordings reissue by including six previously unreleased tunes. Songs like "Black Car," "We Can't Be Friends" and "Throw Aggi Off The Bridge" are foundation documents of indie-pop and sound as fresh today as when they were recorded twenty years ago. And while classics like "Pack You Up" and "Drown" can stand on their own just fine, the band has taken the rather unexpected step of reuniting to record four new songs exclusively for this compilation. Consisting of two originals and two covers (of songs by Buddy Holly and Suicide), these recordings include all of the original members and are quite true to the Black Tambourine spirit. The songs themselves are tunes that the band played back in the day and never got to record, so these added tracks truly round out the Black Tambourine picture and make this a very special release indeed.

The words "essential" and "seminal" are thrown around a lot when talking about reissues, but this is one case where those adjectives are truly earned. Presented in a deluxe remastered edition, expanded to include four new songs and two early demos, and on 12" vinyl for the first time, Black Tambourine looks slated to be one of the crucial releases of 2010.