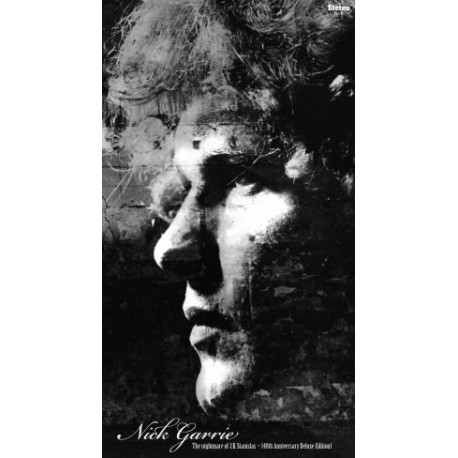 : The Nightmare Of J.B. Stanislas

All of this is just cause for this definitive edition, which includes the original album, those demos that so impressed the people at DiscAZ, his first single, some recordings done in Portugal in 2002, and above all, “The Cuts”, the recuperation of some of the compositions from that era that were never recorded, and that are now recorded by Garrie himself accompanied by the Scottish crew from “49 Arlington Gardens”. And to all of this we have to add the detailed and deluxe edition of an incredible 44-page book in which Garrie tells the story of his own life, and with it, the story of an album that will never again be called cursed. This work is what has won over people like Gary Olson (LADYBUG TRANSISTOR), Francis McDonald (NICE MAN, TEENAGE FANCLUB), Guille Milkyway (LA CASA AZUL) and our beloved Tracyanne Campbell (CAMERA OBSCURA), and now it’s time it gets its what it deserves, and this incredible edition is the first step.