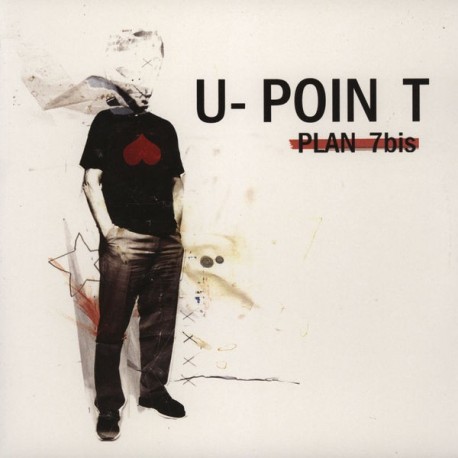 -Point is Julien Ulvoas & his computer. The French producer has been making music on the side since 2003 whilst carving out an incredible reputation for his mixes and remixes, including a recent guestspot on Ninja Tunes Solid Steel radio show. These have gained him a strong following within the alternative Hip-Hop scene, with fans including Glen Porter, DJ Pain, Electro4 (Bully) and Buddy Peace (Bully/2600) as well DJ Food’s Strictly Kev (Ninja Tune). This is the first official release containing only his own original tracks with a sound akin to the leftfield beats coming from Anticon, Bully and Lex records.

U-Point fuses DJ Shadow-esque drums with an ear for melody that propels his tracks into the same dusty electronica paths as Bonobo, or Rounds-era Four-Tet. He lists “Conduit For Sale” by Pavement an early influence, with the Headz compilations and the first Dj Krush album as his initial inspiration to produce his own material. What’s abundant is U-Point’s love of melodramatic, psychedelic and dark movies with the EP sounding like a soundtrack to a sinister film you’ve stumbled across at a charity shop.