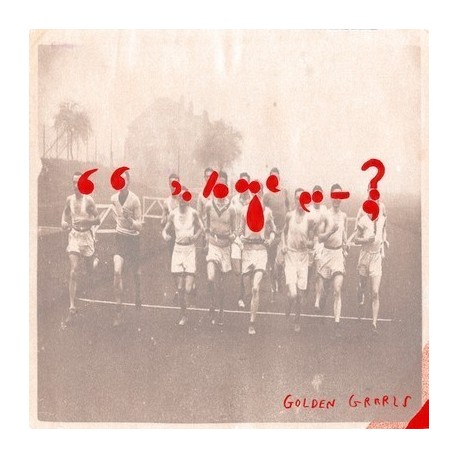 Clear vinyl edition, limited to 200 with download card. Comes with free "I Don't Want To Talk About It" mix CD by the band.

For "Golden Grrrls" the band has written eleven perfect songs about life's realities dressed in three-part harmonies, heart-tugging changes and a playing style derived from punk and classic crash-pop enthusiasm. Like contemporaries Twerps and Sea Lions, they've joined a storied lineage of pop essentialists such as The Clean, The Bats and The Feelies -- bands who eschew complexity for concision and never sacrifice melody to mere primitivism. Each chord, beat and vocal line is perfectly placed, essential and simply has to exist as it is in its moment in time.

With all three members singing throughout, the harmonies and guitar lines interweaving, there’s a warmth in every song that adds to the poignant punch of the album as a whole. Opener ‘New Pop’ is a blast of breakneck spiked power pop while "Think Of The Ways" is a sweetly melancholic song that plays MacLean and Rodgers’ vocals against each other. "Take Your Time" and "Date It" are a punked-up indie pop gems, while album closer "We’ve Got…" is the catchiest 'anthem’ you’ll hear from a band that would be repulsed at the idea of writing anthems.