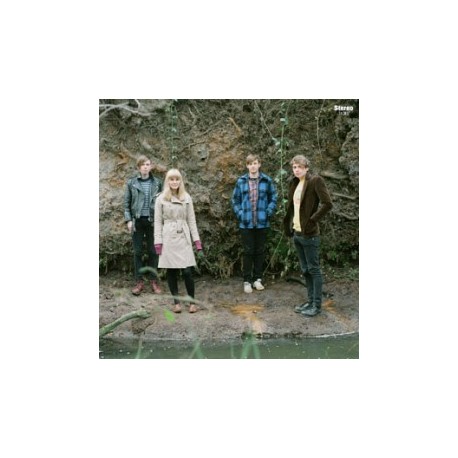 1 * Falling Over Our Fear

They are one of the most promising bands on the British scene, one of the most original names that we have heard of in years. They’re in the spotlight and have been widely praised by Steve Lamacq and Tom Robinson, two of the most important radio presenters on the BBC. Rough Trade record stores themselves have considered them one of the best indie groups of the moment. Clara, Michael, Edward and Jim have already published three limited-edition singles as well as a split, all of which are sold out. They’ve played with bands like THE XX, ALLO DARLIN’, TEMPER TRAP and SHOUT OUT LOUDS, and from their base in Leeds they have surprised and amazed with their fresh, personal, addictive, danceable indie-pop, pushed forward by Clara’s playful voice. Because of this and many more reasons, we at Elefant Records have turned to them for our New Adventures in Pop and we are presenting an exquisite single, which is going to be a delicacy for everyone, and which has been produced by none other than Ben Siddall of THE LODGER.

“Falling over our fear” opens the release, and we already have solid proof of its superior quality; their songs are complex, unpredictable, evasive, but completely direct and catchy. The beginning could make some people mention THE STROKES, a bridge that reminds us of the freshness of THE SUNDAYS, and a melody that VAMPIRE WEEKEND would be happy to write… but the song isn’t really any of that. Or, better yet, it is that and much more too. Right from the start we noticed that we have an incomparable and tremendously original band before us. “Black and Blue” is a clear delicacy. With the posturing of THE SMITHS, Clara’s phrasing reminds us a lot of Morrissey, the song breaks with a marvelous and solid chorus. “Downward Spiral” is a song that gets tangentially close to punk-pop, an impossible mix between MIAOW, THE WOULD BE GOODS and THE POPGUNS, always keeping that indie-pop spirit, showing us that their love of the great melodies never pushes aside their energy, intensity or electricity. Finally, closing this limited-edition single is the song “Brakes”, with echoes of Sunshine Pop, and its crescendoing chorus is absolutely incredible.