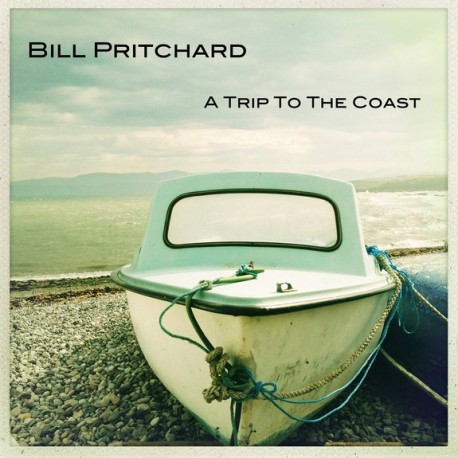 PRITCHARD Bill : LP+CD A Trip To The Coast

Pritchard was born in Lichfield, Staffordshire. He started writing songs for various bands at school but it wasn’t until he spent time in Bordeaux as part of a degree that his interest and style flourished. He did a weekly show with 2 friends on the radio station La Vie au Grand Hertz (part of the burgeoning ‘radio libre’ movement ) and was introduced to a lot of French artists from Antoine to Taxi Girl.

His eponymous debut album was released in 1987 on the Third Mind label, with a second following in 1988. He then signed to Belgian label PIAS Records, his first release for them a split album with Daniel Darc the singer of Taxi Girl who he was so impressed by in Bordeaux. In 1989 he released Three Months, Three Weeks and Two Days, produced by Etienne Daho, which was popular in the US after exposure from MTV for the single "Tommy & Co", which featured backing vocals from Francoise Hardy. His 1991 album Jolie was produced by Ian Broudie, and gave him a breakthrough in Japan and Canada. In 1995 he formed the band Beatitude, releasing the single "Baby in Brylcream".

In 1999 he released ‘Happiness and other crimes’ which has become something of a rarity as the distributor of this album went bankrupt, although a few copies got away.

After a brief disappearance Pritchard recorded the more electronic album ‘By Paris, By Taxi, By Accident’ with versions both in French and English, and the album came out in France Switzerland and Belgium on the Universal label.

Bill Pritchard’s new album ‘A Trip To The Coast’ will be released on March 7th 2014 on the Tapete record label.