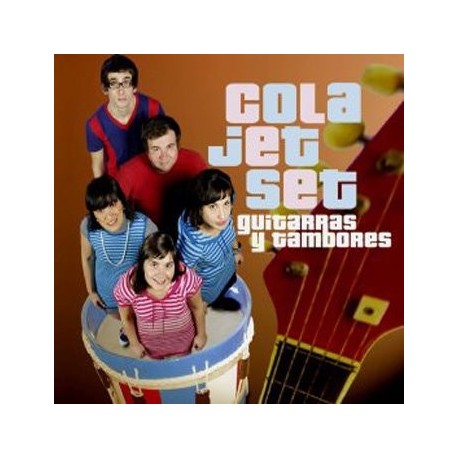 It has been a long wait, but we can finally enjoy the new, long-awaited album from COLA JET SET; it is the second in their career and their first with Elefant. The time, in addition to definitively solidifying the line-up of Ana (LA MONJA ENANA), Felipe (LOS FRESONES REBELDES, LES TRÈS BIEN ENSEMBLE), Joan, Alicia and Cristina (LOS FRESONES REBELDES), has also allowed the group to purify its sound, bringing it closer to a classic pop with clear sixties influences (Jackie De Shannon, THE RONETTES, THE BYRDS...) but they have also enriched it with small stylistic intoxications that came up along the way: soul, disco, psychedelic pop, soft-pop… Because of all this, the album is classic pop through and through. Its melodies and arrangements are inspired by the greats of the genre. Its freshness and vitality take charge on an album full of emotions. But above all, pop isn’t itself if it isn’t perverted by other styles, other influences, other horizons. Let’s celebrate, then, that COLA JET SET have come back to stay and to definitively be one of the best pop groups in Spanish that has come out of this country.