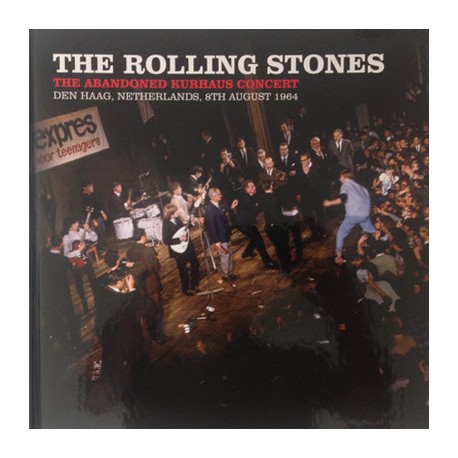 LP housed in hard cover slipcase containing 32p book of rare photos from the actual concert, a reproduction of the event poster, and DVD featuring footage of the gig as well as interviews with fans and employees. The documentary on the DVD was a TV broadcast in the series "Andere Tijden" ("Different Times") on the Dutch public broadcast NPO in 2011.

DVD-1 Various Fans' Commentary On And Remembrances Of The Rolling Stones 23:40