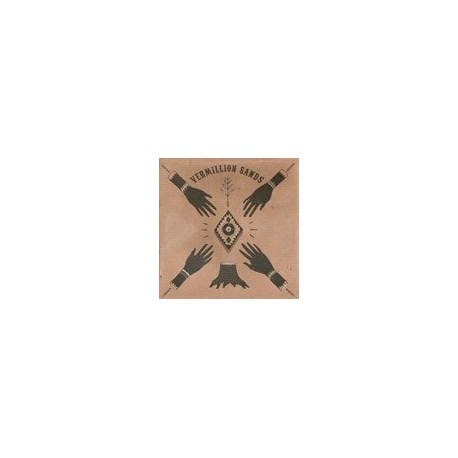 Vermillion Sands were born in April 2008. They started with a couple of songs "Wake Me When I Die" and "Mary", that singer and composer Anna wrote and that Nene, the bass player arranged. The 7'' was printed by Rijapov records and includes the two previously mentioned songs as well as "Would You Kindly Direct Me To Hell", a remotely country-style song. At this point Krano (guitar) and Caio (drums) joined in and they started playing around as a full band. Later on, they put out three others records: the Fat Possum "In The Woods", "Rj012" on Rijapov, recorded together with the fellow band Movie Star Junkies, an EP called "Miss My Gun" out on Sacred Bones and a 7'' for the Italian label Hell! Yes . Their full length came out last March for the German label Alien Snatch. All their records were recorded at the OutsideInside studio by themselves. The Vermillion Sands' last tour in Europe kept them busy for one month and a half around France, Spain, Portugal, Germany, Holland, Switzerland and of course Italy, the place where they come from. Last September they toured US East Coast to promote their album and their last EP out on Trouble in Mind Records from Chicago. Among the places where they played: Goner Fest in Memphis, Maxwell and Cake Shop in New York, they played a live on WFMU radio (the podcast is available on www.WFMU.org), and they also played a show at D22, in Beijing, China. The Vermillion Sands are at the moment working on new songs for their second LP.