> SUPPORTS>WILSON Phil : I Own It 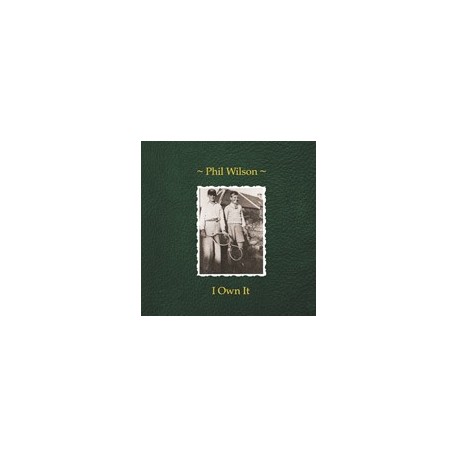 WILSON Phil : I Own It

As main songwriter and singer of mid-80s English pop legends the June Brides, Phil Wilson's influence looms large over nearly all UK guitar pop since. A bridge between early 80s groups like Josef K and the later Creation scene, Phil and the June Brides kept the flame burning for earnest, tuneful pop that combined fiercely-strummed, jangly guitars with smart, literate lyrics and punk-informed energy. Though their career was a brief three years, their achievements are notable: all four of their singles and their sole LP topped the UK indie charts, they recorded several BBC sessions, including one for John Peel, and they toured with such heavyweights as The Smiths, Go-Betweens, The Jesus and Mary Chain, The Mekons, Alternative TV, The Television Personalities and The Wedding Present.

Following the dissolution of the June Brides, Phil released a handful of solo singles on Creation and Caff, then, soured on the music business, he retired. His legend has only grown though, with bands as diverse as the Manic Street Preachers, Belle and Sebastian, The Aislers Set and Franz Ferdinand citing Phil and the Brides as important influences.

Now Phil has assembled a full band is presenting his first new songs since his late-80s solo singles. "I Own It" is the first release from this next stage of Phil's musical journey, and will be featured on his forthcoming album God Bless Jim Kennedy. Combining electric and acoustic guitars to create a light, folky atmosphere, "I Own It" is a brilliantly catchy tune that showcases Phil's finely-honed his pop sense. Abetted by his excellent new band (including Arash Torabi, Andy Fonda and ex-June Brides Jon Hunter and Frank Sweeney), Phil picks up right where he left off, writing clever tunes that are simultaneously rocking and tender, tough-minded and honest but not immune to a dash of sentimentality. "What Time Can Do" is a little more reserved, a mature meditation on time's swift passage, and is exclusive to this single.