> SUPPORTS>DARREN HAYMAN : I Know I Fucked Up / Who Hung The Monkey ? 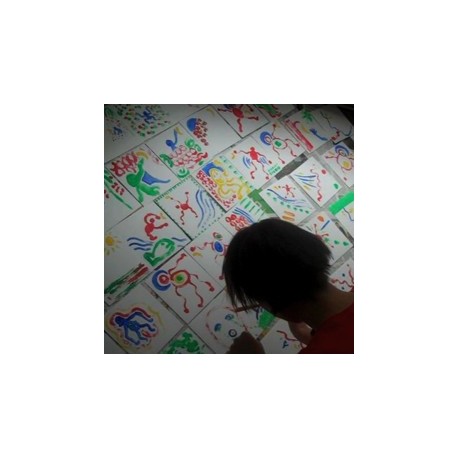 DARREN HAYMAN : I Know I Fucked Up / Who Hung The Monkey ?

Darren Hayman with Elizabeth Morris (Allo Darlin') and The Wave Pictures - Who Hung The Monkey? / I Know I Fucked Up (7" Single handpainted, with download code).

During January 2011 Darren Hayman wrote and a song every day. Each song was accompanied by a video, a making of featurette, drawings and song notes, all released for free online. The results can be seen at:

To assist him, Darren called in the favours from his musical friends including Terry Edwards, Ballboy, The Voluntary Butler Scheme and many more.

Two of the most popular and successful collaborations were with Elizabeth Morris (singer-songwriter with the youthful and energetic Allo Darlin') and The Wave Pictures (obscenely talented guitar soloing troubadours).

"I Know I Fucked Up", sung by Elizabeth and written by Darren, is amongst the most painfully forlorn songs he has ever written - a heartfelt apology sung amongst the wreckage and detritus of a destroyed relationship.

"Who Hung the Monkey?", performed by Darren with The Wave Pictures, is a surreal, travelogue pop song taking in Hartlepool, Shooters Hill and "Goats Head Soup" by the Rolling Stones.

In keeping with the cottage industry style release of January Songs , every copy of this seven inch will come with a hand painted sleeve by all of the artists.