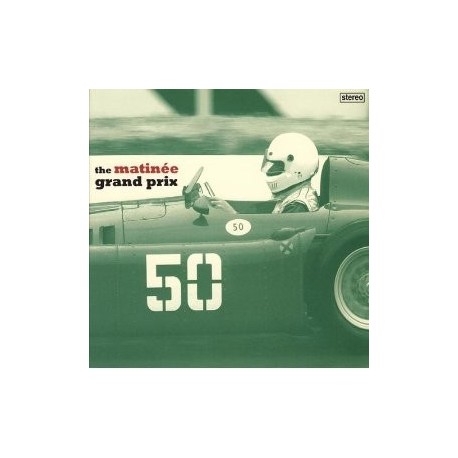 8. Cats on Fire - The Hague listen

10. Math And Physics Club - I Keep To Myself

The disc kicks off with a firm favorite from Denmark’s Northern Portrait entitled ‘Stirling Moss” which establishes a car racing theme rather nicely. Scottish popkids Strawberry Whiplash answer the challenge with new smash ‘Boy In The Bubble Car,’ while Australian legends The Lucksmiths deliver their swansong recording with the predictably stunning ‘Get-to-bed Birds.’

Sweden’s The Electric Pop Group is represented with perhaps their strongest song to date ‘Believers,’ while Clay Hips—American expats living in Germany and Ireland—don’t disappoint channeling their inner Pet Shop Boys with ‘Disappointed.’

The album’s centerpoint sees the return of England’s mighty Tender Trap after four years with the new classic ‘Danger Overboard,’ and Australia has its second contender with the very welcome return of Simpático and new favorite ‘Australian Idle.’

Finland’s Cats on Fire begin the year with a fantastic new song called ‘The Hague,’ while Scotland is back in fine form with Bubblegum Lemonade and ‘Cuts Like A Dream.’

Finally, American hipsters Math and Physics Club break a two-year silence with a great new song called ‘I Keep To Myself,’ and Australia’s The Guild League soundtrack the final lap of the compilation with the lovely ‘Bookmark.’

Demonstrating the continuing strength of the label’s roster, this timeless collection is a vital release for the Matinée faithful and a fantastic introduction to some of the best indie bands of today.