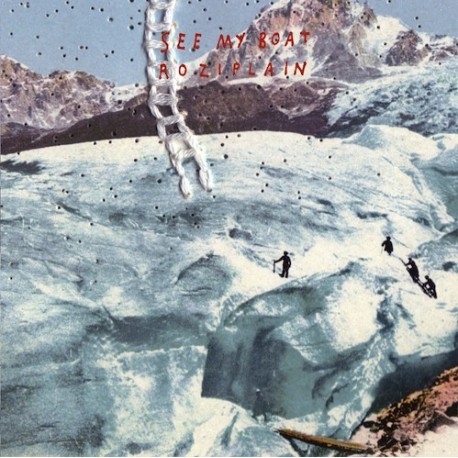 B1. This Is The Kit - When Are You Coming, Come On! (Rozi Plain cover)

ROZI PLAIN was born Rosalind Leyden, in the leafy-greens of Winchester. Since moving to Bristol she’s been working on the ferries that bob in and out of the city, along the Avon, whilst creating her own beautifully intimate music that captures life slowly floating by. With her older brother Sam (aka Romanhead), and her pal Rachael Dadd, she is a founding member of the Cleaner Records collective – a loose assortment of singer-songwriters based in Bristol.

Through her output on Cleaner Records, and at various live shows, Rozi’s songs reached the ears of Fife Fence Records label bosses – Kenny Anderson and Johnny Lynch (aka King Creosote and The Pictish Trail). She’s subsequently played at many Fence Records events (including their annual Homegame Festival, in Anstruther), and has contributed to numerous Fence Collective compilations. Her stunning debut album, ‘Inside. Over Here‘ was released on Fence Records Autumn 2008.

The unassuming charm of Rozi’s live show has led to tours across Europe, the UK & USA. Notable tours include supporting Devendra Banhart (who fell for her debut album, and named it one of his albums of last year), James Yorkston and Viking Moses, as well as appearances at festivals such as Green Man, End Of The Road and Fence Record’s flagship event Homegame. Whether performing alone or joined by an assembly of her regular musical allies (including François & The Atlas Mountains, This Is The Kit, Rachael Dadd and Sleeping States) her songs possess both fragility and a sense of plucky charisma in one fell swoop. In 2011 her new single, ‘Humans’, was released on 7″ vinyl on London-based label Need No Water Records.