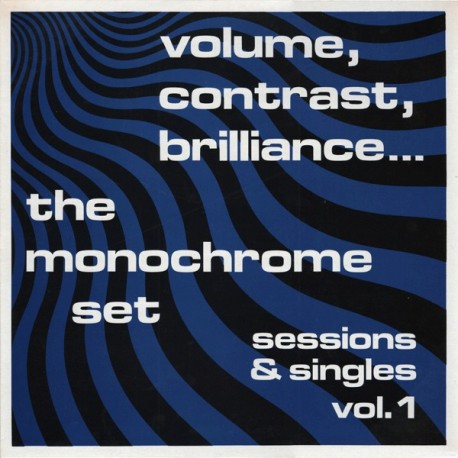 All copies include a large A1 poster of the cover artwork

Recorded between 1979 & 1981 and originally released in 1983 this hugely rewarding record acted as a round up of the group’s career to date and was of immeasurable value to fans. It’s aged well, too.

2. THE JET SET JUNTA Do It session recorded December 1981

5. THE RULING CLASS Do It session recorded December 1981

Comprising of A and B sides from their Rough Trade released singles plus extracts from sessions for Radio 1, Capital Radio and EMI Records, this LP contains unique versions of such classic tracks as “The Jet Set Junta” and “He’s Frank (Slight Return)”. Oddities, and jocular moments run through the album, including John Peel introducing “Fat Fun” and thinking aloud that those Monochrome boys might be having a pop at him. The fact that it includes a wish list of the band’s best songs to this point in their career is another reason to recommend it.

This 1983 compilation is a front-to-back joy, fast, restless and perfectly sequenced. It plays like a cohesive album. Unavailable on CD and vinyl for many years, this reissue contains 2 later period bonus tracks Reach For Your Gun and Sweet Chariots that were included on the Cherry Red Records CD Release