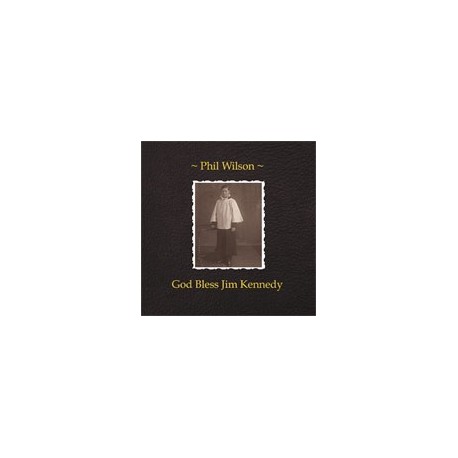 As main songwriter and singer of mid-80s English pop legends the June Brides, Phil Wilson's influence looms large over nearly all UK guitar pop since. A bridge between early 80s groups like Josef K and the later Creation scene, Phil and the June Brides kept the flame burning for earnest, tuneful pop that combined fiercely-strummed, jangly guitars with smart, literate lyrics and punk-informed energy. Though their career was a brief three years, their achievements are notable: all four of their singles and their sole LP topped the UK indie charts, they recorded several BBC sessions, including one for John Peel, and they toured with such heavyweights as The Smiths, Go-Betweens, The Jesus and Mary Chain, The Mekons, That Petrol Emotion, Alternative TV, The Television Personalities and The Wedding Present.

Following the dissolution of the June Brides, Phil released a handful of solo singles on Creation and Caff, then, soured on the music business, he retired. His legend has only grown though, with bands as diverse as the Manic Street Preachers, Belle and Sebastian, Teenage Fanclub, The Aislers Set and Franz Ferdinand citing Phil and the Brides as important influences. In 2008, Slumberland released Phil's Industrial Strength EP, which featured inspired re-workings of songs by Throbbing Gristle, Kraftwerk, Faust and contemporary German band S/T and got Phil back into the groove of making music and writing his own tunes again.

Now he has assembled a full band (including Arash Torabi, Andy Fonda and ex-June Brides Jon Hunter and Frank Sweeney) to present his first new songs since his late-80s/mid-90s solo singles. God Bless Jim Kennedy is a tour de force of smart, punk-infused power pop, wherein Phil picks up right where he left off, writing clever tunes that are simultaneously rocking and tender, tough-minded and honest but not immune to a dash of sentimentality. "Three Days" kicks the album off in fine fashion, a punchy rocker sporting a folky melody and threaded through with viola and trumpet. "Found A Friend" is a but more subdued, a mid-tempo meditation on friendship that would fit right in on a later June Brides record. "God Bless Jim Kennedy" is sparked by mandolin and a twangy 70s power pop riff that situates the tune right next to classic Teenage Fanclub. "Up To London" continues the power pop theme, while "The Sum Of" is fierce and driving, a direct kin of some of the earlier Junies material.

"Pop Song #32" is a sunny slice of upbeat pop, perfect for these indian summer days. "Small Town" and first single "I Own It" wrap up the album on an equally high note, the former being a brash horn-driven anthem and the latter a more folky affair, the mix of electric and acoustic guitars providing a propulsive rhythmic base and lovely texture. It's a wonderful way to end this thoughtful, striking album. Phil Wilson's place in pop history as a bridge between post-punk DIY pop and late 80s indie-pop has been well-documented, and it's nothing less than thrilling to have him back, and in top form at that.