> CHAMPAGNE RIOT : Paris And I 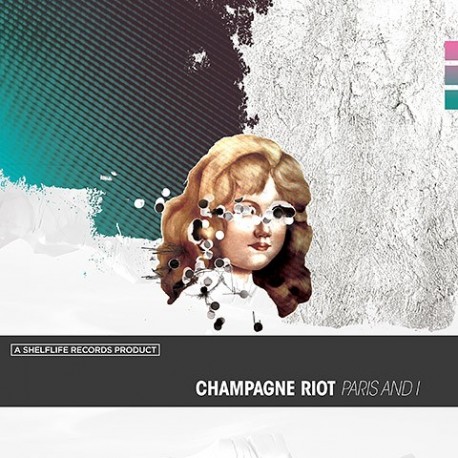 CHAMPAGNE RIOT : Paris And I

Pure and sophisticated pop music written, performed and produced by Caspar Bock and Anders Reuter. Two eccentric geniuses and pop culture fanatics. Making music for (and about) an accelerated culture.

3. I Dream About You At Night

4. Before We Wave Goodbye

A. Heroes Of Our Time

You needn't be out of touch with contemporary music or a nostalgic remnant of some other, long-past era to suspect that pop has, by and large, lost its sense of romance. Not only in terms of its willingness to lyrically explore the lexicon of love without the escape clause of postmodern irony, but the romance of unashamedly grand and eccentric gestures - the inherent romance of outsiders seeking to gently subvert the pop song, reconstructing it as something familiar yet foreign, classicist yet newfangled. Think of the Human League's Dare!, ostensibly a collection of love songs made to sound like science fiction; or New Order's plainspoken anti-poetry couched in synthetic symphonies that were the very antithesis of the everyday.

It is this largely abandoned idea of the velvet melody in the robotic glove to which Champagne Riot aspires. And with its debut EP, Paris and I, you hear it realized.

"I like music that can express the more complex issues in life in a very simple and melodic way," says Caspar, the reclusive, mysterious, Danish-born founder of Champagne Riot, and its lone member. "A lot of bands these days seem to be either scared of or not good enough at writing good songs - despite [songs] sounding better than ever in terms of production. My focus is very much on creating simple and melodic music, and getting the most out of the primitive equipment I have at hand."

Indeed, Paris and I is the product of very limited means - "mainly a Roland MC-307 groovebox and a couple of old guitars," says Caspar - but the luxuriousness of the finished product belies the budget with which it was made. Songs such as "Scandinavian Warfare," "I Dream About You at Night" and "Heroes of Our Time" are rich with sonic detail, and choruses that are enveloping in their windswept grandeur. They sound like urban life in all its wonder and sadness, its busyness and also its terrible loneliness.

"I suppose the overall theme would be the story of this young kid from a small town in Denmark trying to establish a life and find some meaning in a fast-paced environment," Caspar explains, "like the one I got used to in London [to which he moved in 2004], and later Berlin, where I currently reside."

Understandably, then, tones of wanderlust and melancholy pervade all of Paris and I, as though its creator is always half-preparing to disappear (the final track of the EP, appropriately, is titled "Before We Wave Goodbye") - a tone that betrays the elusiveness of Champagne Riot as a physical entity.

"I try to keep Champagne Riot as quite an anonymous project; I've only played live with it once, and it's doubtful I'll ever do it again," Caspar admits. "What really interests me is the songs, and playing around with them at home until they're good. The whole music scene is something I'd like to keep at a distance."

If that distance allows for music as singularly accomplished and affecting as Paris and I, we should selfishly hope he maintains his life of self-imposed solitude for a long time to come.