> SHOP>Indie pop>CAMERA OBSCURA : CD Let's Get Out Of This Country 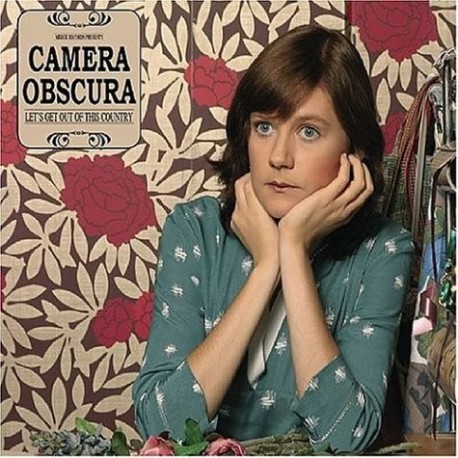 CAMERA OBSCURA : CD Let's Get Out Of This Country

01. Lloyd, I’m ready to be heartbroken

CAMERA OBSCURA have grown to become an important name in the international pop scene. More than 50.000 copies sold to this moment are good prove of their ascending career, with the highlight of recent sold-out shows in New York and SXSW, witnessed by high profile fans Mike Myers and Conor Oberst (BRIGHT EYES). The eyes of the international pop scene are set on "Let's get out of this country": a collection of ten perfect pop songs, absolutely no filler, where the band from Glasgow looks at classic pop through country and soul tinted lenses, influenced by a wide variety of heroes - from Jimmy Webb to Lloyd Cole, from Connie Francis to Skeeter Davis, from the SUPREMES to David Lynch.

In Autumn 2005, Camera Obscura travelled from Glasgow to Stockholm to begin work on their third album with acclaimed producer Jari Haapalainen (Ed Harcourt, THE CONCRETES, INTERNATIONAL (NOISE) CONSPIRACY), and some of the string musicians they used have recently toured with Brian Wilson or Arthur Lee & LOVE; the album was recorded in the same studios where Neneh Cherry or Robyn have previously recorded, and it was mixed at the same place used by THE MAGIC NUMBERS or Per Gessle from ROXETTE fame. Among the contributors to this album we find Victoria Bergsman from THE CONCRETES, singer-songwriter Brita Persson or members of Swedish pop bands such as THE TOURETTES, LAAKSO or SPEEDMARKET AVENUE.

A timeless album, delicately orchestrated, with which we're sure CAMERA OBSCURA will confirm the importance of their song legacy. These are songs that last forever, that will go with you forever.