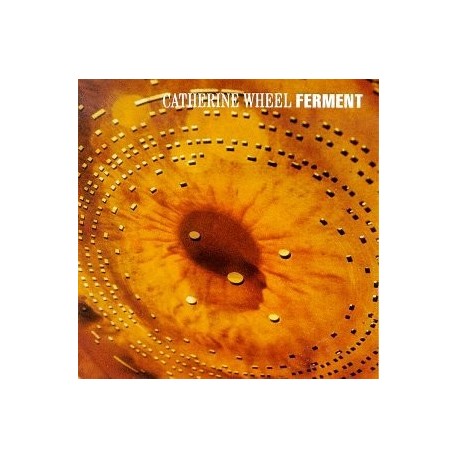 Released on 22/03/10. Their epic debut single for Font Black Metallic brought them attention and praise from the press and fans alike. It also became their biggest hit in the States making the top ten in the Billboard Modern Rock Tracks chart and is still name checked now as indie classic of the early 90's. The band followed this with two more singles, Balloon and I Want To Touch You before releasing their debut album Ferment in mid-1992. The album was produced by Talk Talk's Tim Friese-Greene who continued to produce and help them before they split in 2000.

This long overdue and welcome reissue includes newly written sleeve notes by journalist and early champion of the band, Jack Rabid from Big Takeover magazine and 6 additional bonus tracks chosen by the band. These being the limited edition 2,000 only pressing of the 30 Century Man E.P., the non-album single Balloon and live fan favourite

Intravenous which fans have been trying to get hold of for years. The band went on to release four more albums before calling it a day. Rob Dickinson has since released a solo album for Universal, Fresh Wine For The Horse, while Neil Sims and Brian Futter went on to form 50ft Monster.