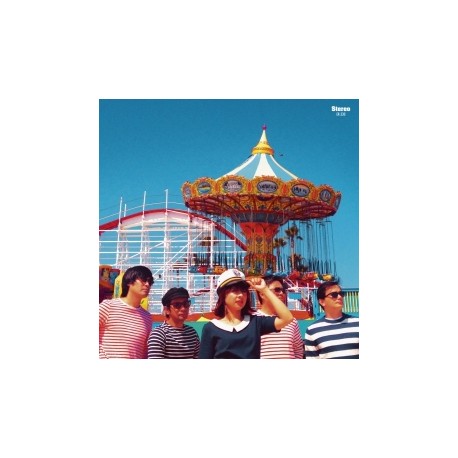 MARINE LIFE : Fool Of A Kind

4 For The Camera Shy

Growing up in California is key for MARINE LIFE, as is the influence of Des de Leon Nicolas’s grandfather, who was a Big Band composer and band leader. From GARY LEWIS AND THE PLAYBOYS to Astrud Gilberto, from AZTEC CAMERA to THE SUNDAYS, Des channels her inspirations, influences, and experiences into her ever-improving song-writing, which began when she was just 10 years old.

It is around the end of 2012 when, after embarking on a musical adventure called JULIE PLUG, and brought together by their fascination with the ocean, Des decided to start MARINE LIFE with her friends from San Francisco. And this, their first 7” single, is their record label debut and a great discovery for us.

Her colorful pop takes influences from the sixties sounds, from sunshine pop, from indie-pop, from synth-pop, and from northern soul, and turns it into one of those things that makes you happy to get out of bed in the morning, no matter what day of the week it is. Can anyone resist the trumpets on “Fool Of A Kind”, a pop hit with a chorus you can’t help but sing along with, not too rubbery, but full of personality? Won’t fans of ALPACA SPORTS just go crazy over the sunniness and agility of the song “Big Sur”? Who can resist the magnetism and beauty of “Boy From B-612”, with its spacy synthesizers? What other group in the world would save the best for last, and put the marvelous “For The Camera Shy” – a prodigious northern soul piece with echoes of the BOO RADLEYS – at the end of the single?