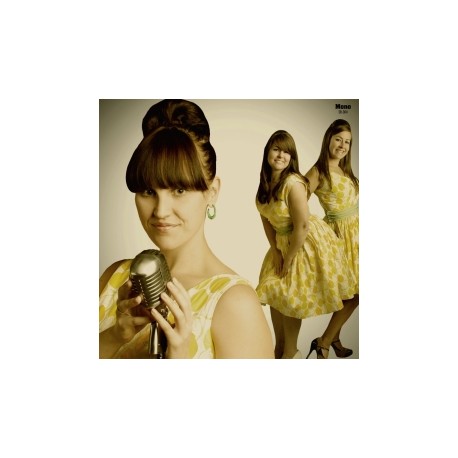 RUSKETTES (the) : Tell Me Why

Formed in Oklahoma in 2010, THE RUSKETTES is the name behind which lies the talent of Chris Rusk (WIGHEAD, LA PANTHER HAPPENS), and his passion for Phil Spector’s wall of sound. This gives shape to a group based in a trio of women: Lindsay Bolliger, Vanessa Painter and Justine Rusk, and a band known as THE RUSKETTES ORCHESTRA that varies constantly and that has its rhythmic nucleus formed by Airon Wessinger, Brian Voris and Chris Rusk himself.

“Tell Me Why” is the debut single of a band that emphasizes the choruses and catchy melodies with a certain air of irony and so much youthful confidence. The title-track, in fact, speaks just from the opposite point of view of an unrequited love, with a chorus that is pure THE RONETTES. “City Boy Haircut” is a super-fun song that describes a man with impeccable taste, mixed with SUPREMES-styled choruses. “Tiki House” is an ode to summer written during a cold winter, with a riff that seems to come out of Eddie Cochran’s fingers and install itself in the throat of THE SHANGRILAS. “She Didn’t Know His Name” speaks of a girl who sees the man of her dreams every day, but she never talks to him, and is full of dreamy choruses and ethereal metallophones that that throw off echoes of THE CRYSTALS.

A vinyl single that will delight fans of THE SCHOOL, THE PIPETTES and THE CARROTS, and that shows its taste for the Mad Men esthetic, and that shows off the collection of sugary melodies and delicious choruses.