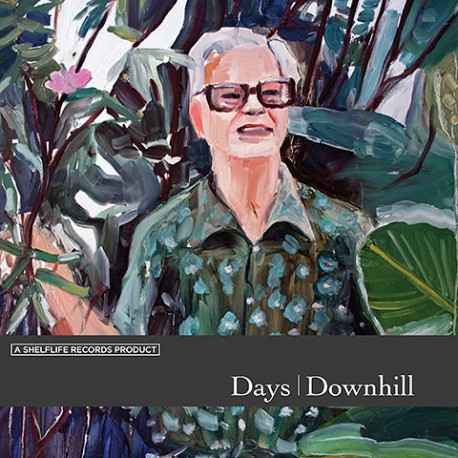 Some music seems not to have been made so much as it simply fell out of the sky, the product not of intensely scrutinized songwriting-by-committee and the chipped glamour of rehearsal rooms and recording studios, but some type of celestial will. If music is as serious as life to you, you know what this means, and you probably have in mind a handful of bands who you think have achieved it.

These seven songs - the first that Days have committed to any sort of official artifact - come from years of anonymous toil and tinkering in the band's native Gothenburg, Sweden. But they don't sound as though they came from anywhere in particular, or were ever troubled by anything as common and earthbound as mistakes, arguments, second guesses and broken strings. Taken as a whole, it doesn't sound like a debut, either - although its air of innocence, of untainted wonder at the beauty of life, could only have come from a band that, until now, has only existed in its own safely contained universe.

Of course, this is the great illusion that truly special bands are able to create. The reality of Days, and of their Downhill EP, is nothing so glamorous or otherworldly. "We've made hundreds of recordings through the years, most of them now scattered on old cassettes," says guitarist John Ludvigsson, "but these were the ones we were most happy with at that time. The making of songs has been a goal in itself, and we were quite happy just doing that for five or six years."

The band met as teenagers, "randomly, through common friends," John recalls. "Fabian's parents let us use his basement for a rehearsal room. Ever since, that came to be the place from which we would set out on our musical journey that led us to where we are now."

Although they aren't teenagers anymore, Downhill evokes a soft-focus memory of the best adolescent summer you (n)ever had: blazing hot sun, suburban fields and city sidewalks, and the latent anticipation of an inevitable leap into the wider experience of adulthood. "I've come to realize it's downhill," sings Fabian Sahlqvist on the title track, and it sounds like both a resignation and a celebration, surrender and rapture. It's a song of almost ridiculous beauty, and Days repeat the trick six more times across the length of the EP.

"We always try to make songs that can stand the test of time and stand for themselves - I think we've all lost track of our influences in the creative process of doing so," says John, politely declining comparisons to The Byrds, early Primal Scream, and the legendary cult indiepop label Sarah Records. "We're not trying to be unique or redefine pop, but find and define what's beautiful and worthwhile in a seemingly conventional context."