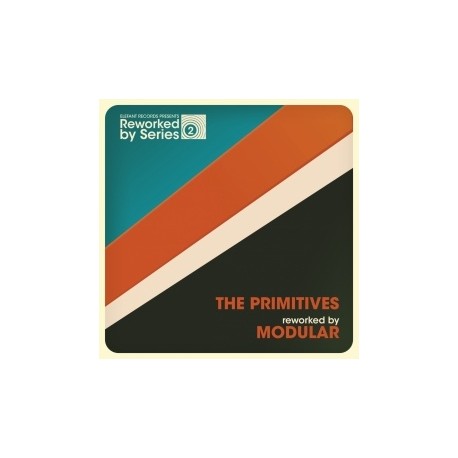 PRIMITIVES (the) : The Primitives Reworked By Modular

The “marriages of convenience” that Elefant Records’ new singles collection is fostering, are bringing about surprising results. Maybe THE PRIMITIVES’ fans try to find traces of the band formed by Paul Court,Tracy Tracy, and Tig Williams, among the analogue keyboards and white noise. And there is no doubt that they’re there. That noticeable riff of the opening bars of “Purifying Tone”, the melodies, Tracy Tracy’s voice, and the perfect choruses, like on “Lose The Reason”. But integrating all of these elements within the extraterrestrial musical language of the Argentinian band MODULAR perfects them in a way that makes it seem like the British band had intentionally recorded the tracks so that Marianna Badaracco and Pablo Dahy could inflict their spacey mischief.

It is this unthinkable combination that makes this release so unusual and special. These songs, the arrangements, the characteristics that have made THE PRIMITIVES the timeless band they are today, are what have helped take MODULAR’s interpretation to the next level. Yes, we have the analogue toying of STEREOLAB, the martial rhythms of kraut-rock, the outer-space noise and magic of Juan García Esquivel, but those clearly recognizable melodies, the solid, hummable, pristine choruses of the British group, give these “reconstructions” a malleability that make them so addictive, like a bright, open space you can step into and take deep, deep breaths. “Purifying Tone” is a trip to the future and the past, a Venusian suit for an other-worldly hit, and “Lose The Reason” increases its levels of dance-ability and excitement to unimaginable levels.