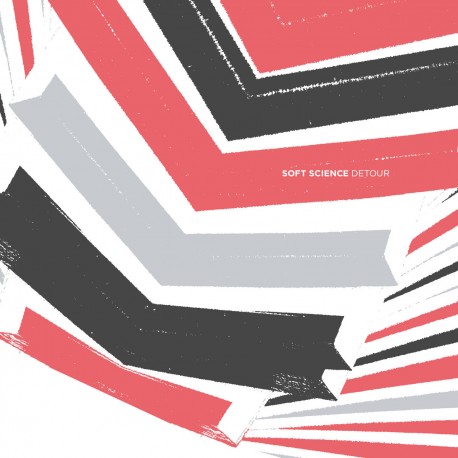 Soft Science, from Sacramento, California, creates a unique form of dream pop music, inspired by 90s shoegaze and 60s brit pop. The group is comprised of Katie Haley (Holiday Flyer), and twin brothers Ross and Matt Levine (Welt, The Tank), and bass player Mason DeMusey (Forever Goldrush). In 2001, Soft Science released their debut album, High and Lows, on Test Pattern Records. Pop Matters said in its review that the band “has the potential to become one of the great Left Coast power pop bands.”

The band’s latest release, Detour, expands on ideas developed in their previous venture: creating pop music with a sonic edge. Although the band never steers too far from its core pop sensibilities, Detour evokes a somewhat darker mood musically than Soft Science’s previous work. Lyrically, the album explores the fragility of everyday life. Soft Science band members have a shared love of classic bands such as, Ride, Jesus and Mary Chain, and newer artists such as Beach House and Frankie Rose, elements of which are present in their music. This time around they decided to go the self recording route, with Ross taking on the production and engineering duties. The band also enlisted the electronic skills of friend Hans Munz (Angelzero, IIIformants) for the ambient sounds that add texture and depth on many of the tracks. To bring it all together they handed off the tracks to their longtime friend and engineer Eric Stenmen (AWOLNATION, Tokyo Police Club) who mixed and mastered the record at Redbull Studios in Los Angeles, California