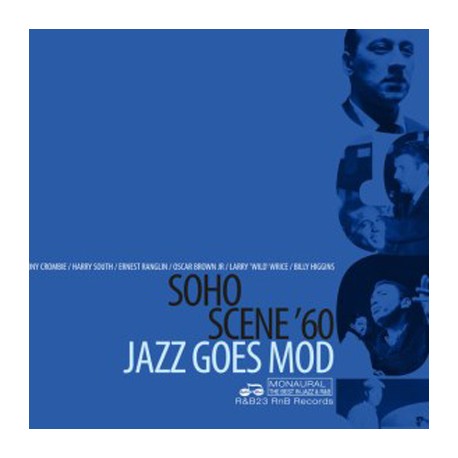 By early 1960, the first waves of Ornette Coleman's New York musical tsunami had begun to reach British shores, and the local model of “free-form” then being pioneered by Jamaican altoist Joe Harriott found more critical acceptance than its counterpart played by Coleman, but Harriott a maverick, and would have little direct impact on the work of the majority of his contemporaries.

Elsewhere though it was the template of the Jazz Couriers and their Hard Bop-derived modus operandi that continued to set the style for local modern jazz groups and in its wake came several worthy successors; the MJ6 featuring Stan Tracey; “The Quintet” headed by Ronnie Scott and Jimmy Deuchar; the Bert Courtley/Ronnie Ross Jazztet; the Ken Wray/Bobby Wellins Quintet; Allan Ganley and Keith Christie's New Jazzmakers: the Jazz Five co-led by Vic Ash and Harry Klein.. Tubby Hayes was another young veteran who welcomed the rise of a new wave, in one interview singling out not only King but also pianist Brian Dee, drummer Tony Mann and tenorist Stan Robinson as young men to watch. Like all other UK modern jazzmen, Robinson's opportunities for growth and exposure were foreshortened; his début recording (with the Jazzmakers) was taped in December 1960 but up until its inclusion on this anthology it remained unissued.