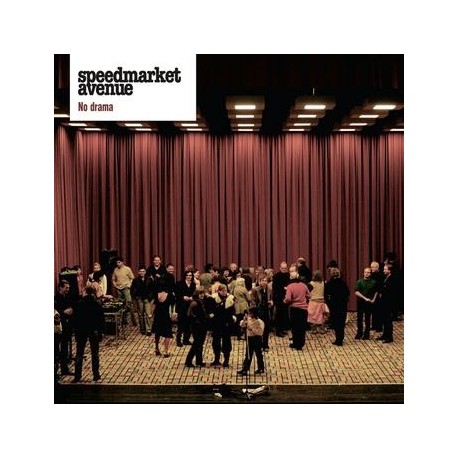 It was one of the albums from last season, and we are still head over heels in love with it. The proof is that there’s a new 7” vinyl limited edition single, the fourth and final single from “Way Better Now”, the second full-length from Sweden’s SPEEKMARKET AVENUE, released last year, and which has earned them definitive recognition in an infinite number of countries, especially in Sweden and the United Kingdom (where it was the single of the week on Q Radio and on Steve Lamacq’s program on the BBC).

This time the chosen song is “No Drama”, one of the most immediate melodies on the disc (whose fun and surreal video, by the way, is already posted on the Elefant Records Youtube channel), in which we can enjoy some of the best qualities of the group: energy, precision in the arrangements, unforgettable melodies and huge choruses… as if they had been written on a sunny afternoon in the city of Glasgow by Stuart Murdoch and THE TRASH CAN SINATRAS. The B side will be filled by the previously unreleased “When You Fell”, a song that explores the more ambient and melancholic facet of the group. It’s the perfect reference to close one of the most marvelous discs we’ve released in the last few months.