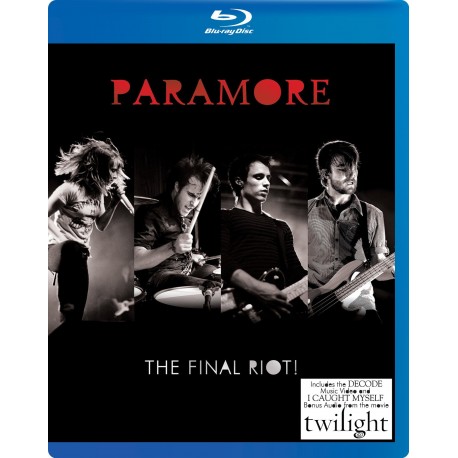 The Final Riot! Highlights Paramore's entire 15 song live set filmed at Chicago's historic Congress Theatre during The Final Riot! Tour - for what the band has called their 'best show ever.'

The Final Riot! includes a documentary revealing the band in their most intimate moments on tour, with exclusive interviews.