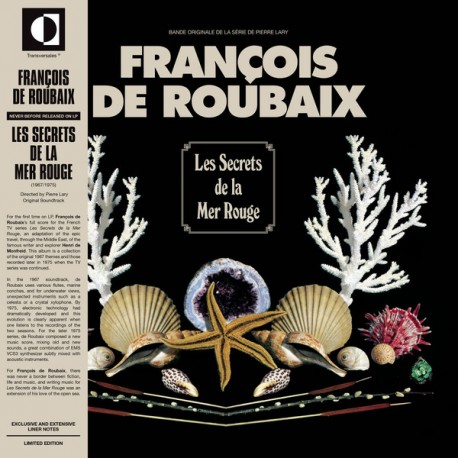 For the first time on LP, François de Roubaix’s full score for the French TV series “Les Secrets de la Mer Rouge”, an adaptation of the epic travel, through the Middle East, of the famous writer and explorer Henri de Monfreid. This album is a collection of the original (1967) themes and those recorded later in 1975 when the TV series was continued.