> SHOP>Soundtrack>GIACCHINO Michael : LPx2 Dawn Of The Planet Of The Apes 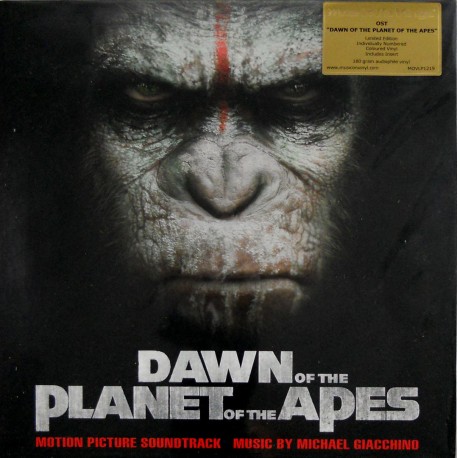 GIACCHINO Michael : LPx2 Dawn Of The Planet Of The Apes

Dawn Of The Planet Of The Apes is the eighth theatrical film in the Apes franchise, released in 2014. The wonderful score was composed by acclaimed soundtrack composer Michael Giacchino. Giacchino has received numerous awards for his work, including an Emmy, multiple Grammys, a Golden Globe Award, and an Academy Award.

5. Close Encounters of the Furred Kind

6. Monkey to the City

7. The Lost City of Chimpanzee

2. Caesar No Evil, Hear No Evil

1. The Apes of Wrath

4. How Bonobo Can You Go

3. Planet of the End Credits