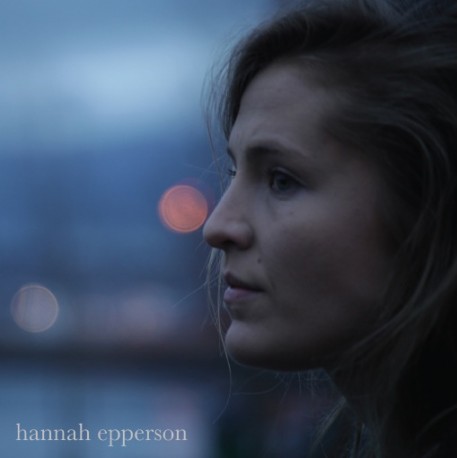 Dreaming Of A White Christmas

'Raise The White Flag', a composition Hannah wrote herself, is an atmospheric song in which silence is as much used as an instrument as Hannah's voice and violin and as the subtile pulse that lingers somewhere far in the background of the song. Hannah calls it 'a post-apocalyptic, deeply somber christmas song'. The poetic lyrics reflect on Christmases past – 'when we'd sled as kids' – and present – 'but now the snow is gone'. A song for the darkest of the dark days of Christmas. A few years ago, Hannah recorded a live version of the Irving Berlin classic 'White Christmas', during a session for the 'Fresh Independence' webzine.

She reprises the song, retitled to 'Dreaming Of A White Christmas', on the B-side of the single. Hannah creates a neo-classical piece of music, over which she sings 'White Christmas' in a very fragile and delicate way. The two songs taken together create what will probably be the most avantgarde Christmas single of 2016: a single to be played in the middle of the night, when silence and darkness surround you.

Born in Salt Lake City, Utah, moved to Vancouver, BC, Canada as a teenager and now living in Brooklyn, New York City, violinist and singer/songwriter Hannah Epperson has gathered a range of influences, that found a place in her music. Besides the violin and her voice, Hannah's main instrument is a loop pedal, which she uses to built up an almost orchestral sound during her live performances. Hannah started playing violin at five, mastered classical repertoire, which culmilated in joining the Utah Youth Symphony for the Cultural Olympiad in 2002. After moving to Vancouver she further broadened her perspective on music by collaborating with all kind of musicians and performers. In 2011, Hannah debuted with a self-released 5-song digital EP, 'Home Batch', recorded and written at home, representing a wide array of influences, ranging from classical and folk to southern European music and Latin. In 2015, Hannah released her first 7”, 'Burn', that featured the tracks 'Shadowless' and 'Brother'. Now living in New York, Hannah recently released her debut album '/Upsweep', that features ten songs, five songs in pop versions (Amelia) and five different songs in neo-classic versions (Iris). The album is part of a diptych 'Slowdown / Upsweep', with both albums having the same songs, but in different (Amelia or Iris, pop or neo-classic) versions.