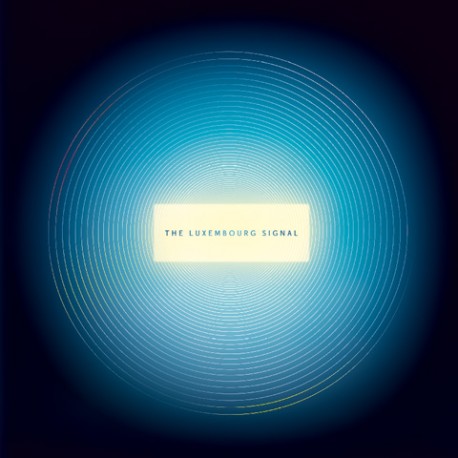 4. She Loves To Feel The Sun

The Luxembourg Signal, while being a brand new project, features members who have been playing together for years as part of the much adored Aberdeen (Sarah Records). Several years, several bands -- including most recently Fonda and Trembling Blue Stars -- and a few reunions later, Johnny Joyner, Beth Arzy and Brian Espinosa started The Luxembourg Signal with Betsy Moyer and Ginny Pitchford. Piecing together almost ten years of ideas and nabbing any recording time possible with Beth when visiting Los Angeles from the UK, their debut LP is finally here.

The 10 track album, recorded by David Newton (The Mighty Lemon Drops) at Rollercoaster Recording and mixed by Mark Rains at Station House Studio, is filled with fantastic dreampop melodies, lovely sonic textures and soaring guitar drones that we can't get enough of. Those familiar with the lead 7" single Distant Drive (Shelflife, April 2014) will find more to love here. Tracks like "We Go On", "Heaven", "She Loves To Feel The Sun", "Wishing Pool" and "Let It Go" show the bands knack for writing perfect and developed pop songs. But this is not just a pure pop record -- the album also has a darker side. Tracks like "Dying Star", "Unphased", "First Light" (featuring vocals by Aberdeen's John Girgus), and "Drowning" (featuring The Melvins Dale Crover on drums) all show off their vintage shoegaze roots. All in all The Luxembourg Signal have created a spacier, noisier, and mature album that you'll find something new to love with every listen!