> SUPPORTS>7">VERONICA FALLS : Waiting For Something To Happen 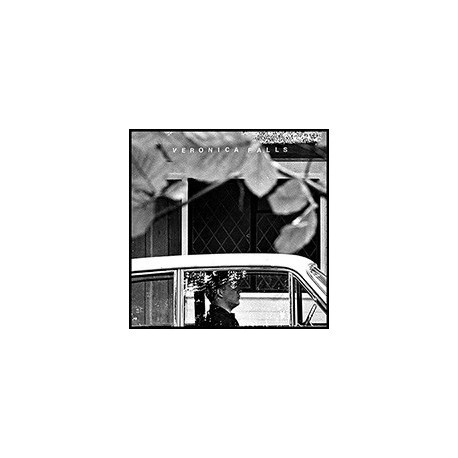 VERONICA FALLS : Waiting For Something To Happen

1. Waiting For Something To Happen

With their second album Waiting For Something To Happen, London quartet Veronica Falls progressed remarkably from the ramshackle charm of their critically lauded eponymous debut to create something sleeker, more polished but no less poignant and affecting, packing an emotional punch even as the choruses and hooks were more infectious and addictive.

Now, following an extensive and well-received US tour, the band are getting ready to release their latest single, which is also the title track of their LP. Given a crisp new mix especially for this single, “Waiting For Something to Happen” is one of the highlights of the album and the band’s live set. Based on a ridiculously catchy main guitar riff and blessed with an ear-worm of a chorus, this tune shows Veronica Falls at their poptastic best.

The single also comes accompanied by a beautiful black and white video by Paul Kelly, noted for his work with Saint Etienne and for his Felt and Dolly Mixture documentaries. Kelly’s video summons to mind Andy Warhol’s poetic screen tests from the 60’s as the camera lingers over the four members of the band – Roxanne Clifford, Patrick Doyle, James Hoare and Marion Herbain.

Rounding out single is a brand new b-side, “Perpetual Motion,” which was recorded in New York during the band’s recent US tour. A brief but satisfying foray into psychedelia, it shows another side of Veronica Falls and provides further proof that they’re one of the most vital pop groups around.