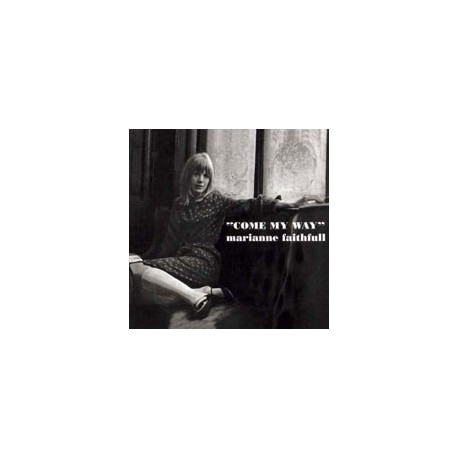 Well, what can one say about Marianne Faithfull that hasn't been written a million times before? A true legend in British music, boasting a career that spans more than forty years that is showing no sign of slowing down yet.

Over the course of a dozen or so albums and any number of hit singles she's consistently re-invented herself; from the teenage convent schoolgirl folk-pop of her early Decca recordings (penned by Jagger/Richards, Donovan, Tim Hardin, Jackie De Shannon, Bert Jansch et al) through the controversial years of "Sister Morphine", Girl On A Motorcycle and her well-publicised late '60s drug-induced breakdown to her rebirth in the late-'70s with the manifesto that is Broken English and subsequent acceptance into the pantheon of great rock and roll survivors. Not to mention the fact that she now sounds better than ever and puts on one hell of a good show!

In a classic spin by her manager/mentor Andrew Loog Oldham, Faithfull's first two long players were released on the same day in April 1965. While Marianne Faithfull was full of the kind of fragile, baroque torch-pop with which she'd become successfully associated, it's the sister release Come My Way that was effectively a pure folk album with shades of children's songs and a sense of the avant garde. Magnificent!