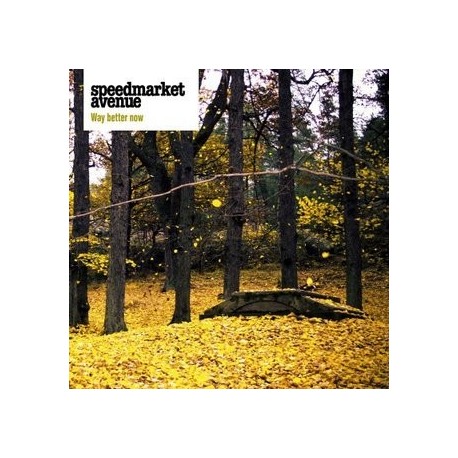 SPEEDMARKET AVENUE, a Swedish group with a refined atmosphere, will prove to be, without a doubt, one of the most talked about musical references in 2008 for all POP lovers in capital letters. In “Way Better Now” they leave a good mark of their roots, as an advance to their second album, titled “Way Better Now” as well. On one hand, the title song is electric and fast-paced, finished off with a glorious chorus, in a more distorted THE ESSEX GREEN kind of sound, while “The New Idea” emanates a certain air of the songs that Nancy Sinatra and Lee Hazlewood played, offering a more innocent facet of the group, yet elegant at the same time. Two songs produced by Jari Haapalainen (producer of ED HARCOURT, INTERNATIONAL NOISE CONSPIRACY, THE CONCRETES and CAMERA OBSCURA, among others) which gives us one of the best virtues of the group; their all-terrain inspiration covers multiple styles and sounds, but has always embraced the pop and melody flag. Groups such as THE AISLERS SET, THE LUCKSMITHS, LADYBUG TRANSISTOR guide us to their sound but SLOWDIVE, THE CURE and TREMBLING BLUE STARS do as well.