> STEINWAYS (the) : Missed The Boat 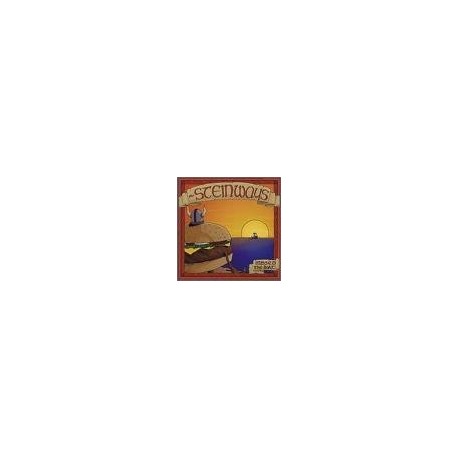 STEINWAYS (the) : Missed The Boat

The Steinways are a group of four individuals who play music on their musical instruments. Formed out of the ashes of The Kevins, Shy Guys, Overlooked, Abducted and several other bands you've never heard of, the Steinways have been writing songs about cheeseburgers and performing them in front of disinterested audiences since May of 2003.

The Queens, NY based groups first demo, Bear vs. Man, was released in the summer of 2003 and was reviewed favorably (once- by a friend). The band continues to amass fans and garner attention as it travels all the way from the outer reaches of Long Island to the parts of New Jersey that are real close to New York.

Their debut album, Missed the Boat, is out now on Cold Feet Records. The band plans to use this release to further their goal of riding the coattails of their somewhat more successful friends. Look out!