> FREE LOAN INVESTMENTS : Ever Been To Mexico 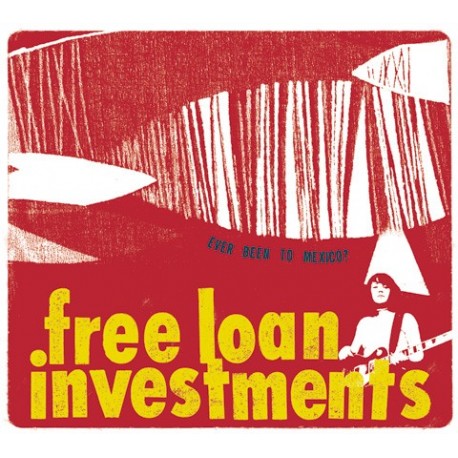 FREE LOAN INVESTMENTS : Ever Been To Mexico

3. Kick His Balls Out

Stockholm's Free Loan Investments make their Shelflife debut with their new cdep/10" "Ever Been to Mexico?." The group, originally formed by Roger and Amanda back in 2000, has released a series of three 7" singles. This release showcases their more dynamic live sound, courtesy of two newer members, Christer (The Shermans, Aerospace) and Jesper (Mobile Unit Seven) who fill in the rhythm section.

"Ever Been to Mexico?" features six tracks full of jangly guitars, fizzing distortion, and blazing fast melodies -- all grounded by Amanda's vocals. With a nod towards U.K. guitar pop (Talulah Gosh and Shop Assistants) and 80s post-punk (Au Pairs and Dolly Mixture), FLI's songs have just the right amount of classic style and sensibility, while still retaining a modern and fresh sound.

Each song on the ep is energetic and elevating! From the poppy opener "In The Park" to the aggressive "Kick His Balls Out," FLI paint the follies of youth and love with chorus melodies that never leave your head. Then onto the noisier "Dayplanner" and "I Don't Love You" that ignite your senses with layers of fuzz, distortion, and thrashing guitars -- though just enough to keep the songs tasteful. The cd ends quite fittingly with a lovely cover version of The Cat's Miaow "Be With You".