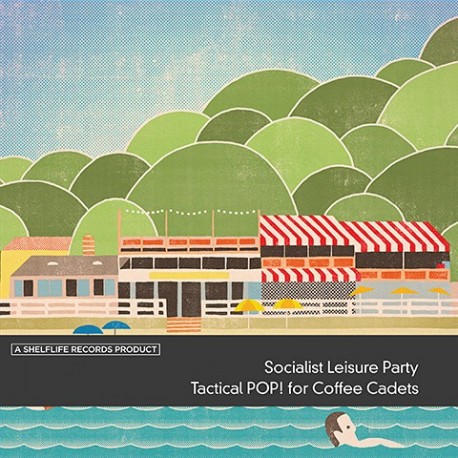 5. Down with the Kids

A. Head in the Hay

The period of music history we've come to know as post-punk was a frenzied but all-too-brief window, a time when seemingly countless sounds and schools of thought diverged from the flash point of the Pistols and Ramones.

Among them was a new kind of pop - fast, economical, and spurred to life by the healthy skepticism of punk's first flush. But unlike the dour, confrontational likes of, say, Joy Division or PiL, this was music that sought to entertain as much as challenge, to seduce with melody while it subtly subverted the norm: Subway Sect, the Monochrome Set, Fire Engines, Postcard Records' "Sound of Young Scotland" stable (Orange Juice, Josef K). It was pop, but not as we'd known it.

But, rather than the beginning of a revolution, post-punk proved to be a self-contained moment. Its best bands either broke up, lost their insurrectionary fire, or mutated into something perhaps as good but entirely different. We have those records still, of course, but when was the last time we heard something new that sparks with such rough-hewn charm, that wields a simplicity so perfectly realized, you suspect it probably isn't simple at all?

From their provocative name to their lean, bright songs, Socialist Leisure Party are a band of a sort we haven't heard for a very long while. And yet, in the subtle but undeniable way they acknowledge and engage with the modern world, they are a band unlike any we've heard before.

Featuring singer-guitarist Andy Hitchcock and bassist Kevin House (both formerly of Sarah Records/Damaged Good/Fierce Panda signings Action Painting!), plus guitarist Axel Amicabile and drummer Julien Kokot, Socialist Leisure Party have been working toward their debut EP, the wonderfully titled Tactical POP! for Coffee Cadets (perhaps a winking nod to Fire Engines' epochal Lubricate Your Living Room album, which that band described as "background music for action people"), since 2006. With what will soon be recognized as characteristic insurrectionary fire, Hitchcock explains that their name was chosen "for its deliberate awkwardness, as an antidote to an atmosphere of smug apathy and marketing subservience in the British music scene. Their intent: to be the anti-Kooks. 'Socialist' is a taboo word in the British media, a cuss word more potent than any cliched blaspheme expected of a 'rock and roll' band."

Make of that statement what you will: The eight songs that make up Tactical POP! brim with a relentless vigour that needs no explanation to be understood. The band's briskly strummed guitars and galloping rhythms, and Hitchcock's eternally youthful voice, combine to make some of the most effortlessly engaging pop in recent - or even long-distant - memory. From the unashamedly romantic declaration that is "Scented Crowbar" to the band's eponymous theme song (a playful echo of Orange Juice's "Moscow Olympics"), this is music to which you can dance, fall in love, plot a revolution either personal or public. But it can't be ignored.