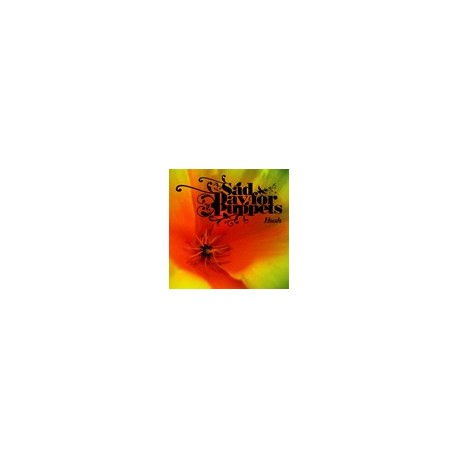 1. WHEN YOU TELL ME THAT YOU LOVE ME

Sad Day For Puppets was formed in 2006 in Blackeberg, a suburb to Stockholm (Sweden), by Martin Källholm, guitarist and songwriter. The natural focal point of the band is singer Anna Eklund, in it's turn leaning on Marcus Sandgren's ringing and fuzzy chords.

Most of the bands influences can be traced back to the early nineties, when they all were teenagers. This period has made it’s mark on the band. The guitars are once again allowed to roam free and shine. The music is all about shimmering layers of guitars, intertwined feedback melodies all dreamy and grand and sad, and ethereal harmony vocals.

The band started working on the debut album as soon as “Just Like a Ghost EP” ( april 2008) was out, and this time the guitars have an even more prominent place in the over all sound. There's guitar feedback, fuzzy distortion and big harmonies working as a fond for the voice of Anna.

Just like any other album released by HaHa FONOGRAM ”Unknown Colors” has a patron saint, this time it is the new friend, Dan Treacy (Television Personalities). Previous releases was given the honor to have names as Mike Always (el records) and Bertrand Burgalat (Tricatel).