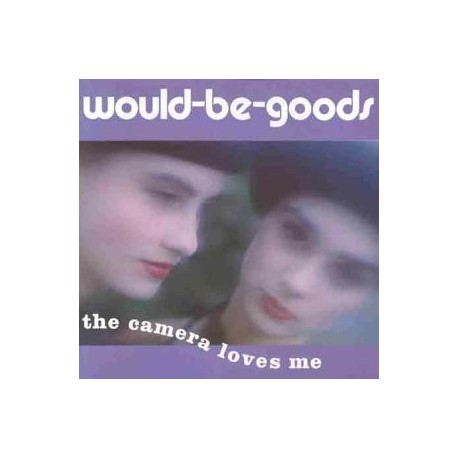 WOULD-BE-GOODS : The Camera Loves Me

In the wake of the forthcoming reactivation of el records (an event that should herald national rejoicing), the original classic catalogue is to be repackaged, remastered and converted to the attractive CD digi pack format with the would be goods masterpiece 'The Camera Loves Me' is the first in the series. Would Be Goods comprised the gifted lyricist Jessica Griffin and her sister Miranda and 'The Camera Loves Me' is the defining el records production; thoroughly enigmatic, incredibly original and extraordinarily funny. 'The Camera Loves Me' is popular music as both art and artifact- a work of great individuality that in terms of concept and ambition is three decades ahead of it's time. In it's own way, this outstanding record is as stylish and as quintessentially English a piece of modern surrealism as Patrick McGoohan's 'Prisoner' or 'The Avengers' of Steed & Mrs Peel.

In 1987, this album was more influential than any from western independent pop culture in encouraging the then formative j-pop and inspiring Japan's biggest contemporary underground pop star Keigo Oyamada (Cornelius) to 'invent' Kahimi Karie who would go on to enjoy enormous domestic success (with this particular style of international whimsicality and refined lightness adapted from el). In Britain, 'The Camera Loves Me' easily defied classification and was a critical success. Now almost two decades later the album regarded by observers as one of the important creative landmarks of the eighties.