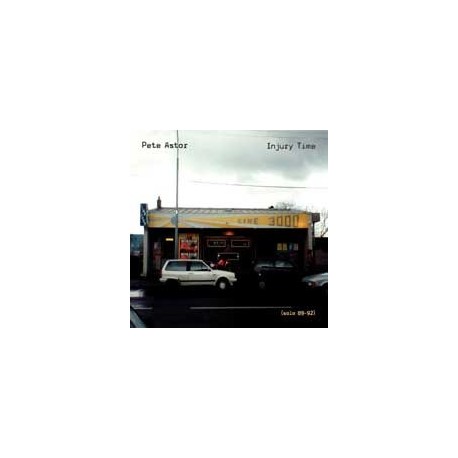 Pete Astor, as a prime mover in The Loft and The Weather Prophets, was one of the major figures in the formative days of Indie guitar music and the cabal of eccentrics around Creation Records.... Ci-après le myspace des Weather Prophets :

As a solo artist, he not only continued in this vein, but his thoughtful lyrics and intimate performance style endeared him not only to the chill out tendencies of the Rave cohorts, but to the European audience...and so it was that one of the finest Gentlemen Adventurers of Rock n Roll was taken to the bosom of the French: "big in europe/ troubadour schtick... les inrocks support/ deification - really! I was in a typically gallic great men supplement that came w/ the mag....the prerequisite being that you had to smoke and, uh, be in some way great y'know, me, Serge, Leonard & Nick" "Many travels around around the European continent , note book in one hand, the other superglued to my forhead, palm outwards...the muse following..." So our new Euroboy recorded many fine songs...with backing led by the ubiquitous Dave Morgan and including many fine players including: Ian Kearey (Oysterband, blue aeroplanes) Laurence O Keefe (Levitation) Chris Clarke (Rocking birds) Russell Lax (the pop rivets & the oysterband Neil Scott (Felt, Summerhill, Horse Latitudes) So here are the finest songs from this period...drawn from the albums Submarine (creation) (90), Zoo (creation) (91), Paradise (danceteria) (92), God & Other Stories (danceteria) (93) A REAL Best Of for a change....yeah, you better believe it! Wonderfully remastered in strict RevOla order! Lovely packaging put together by Pete with our own Andy Morten....including more pics and memorabilia than you can shake a stick at, if that's your thing. Compiled by Pete from his 1990s solo albums on Creation and Danceteria. A must for all fans of The Loft and The Weather Prophets....lovers of the PRIME period of indie guitar music....people who like an intiimate, lyrical troubadour on their CD player...Andy Wetherrall, wh has been waiting years for this comp.