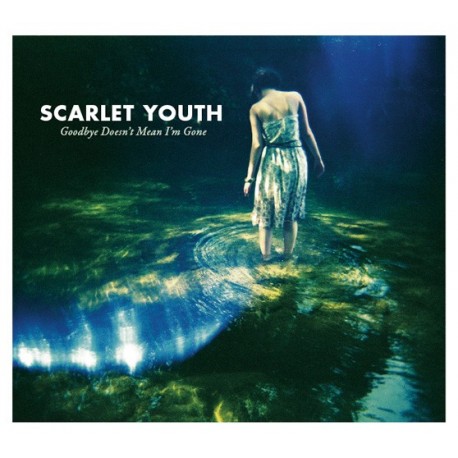 4. I Will Be Waiting

5. Between Summer And Spring

Scarlet Youth is a shoegaze band rooted in Finland, which features in its ranks members from Iconcrash, ShamRain, Kemopetrol & Sidewaytown. The band took its first steps back in spring 2004; Back then the passion to create shoegaze music in a vein of the genre’s legends, such as Slowdive, My Bloody Valentine, Chapterhouse etc. finally came true in form of a few songs. In the beginning this yet unnamed band lived only in Kalle’s hard drive, with no further plans of releasing something or finding other musicians for the band.

In autumn 2007 the spark came alive again and many new songs were written as well as some re-arranging of the old songs was done. At the time Markus Baltes joined the Scarlet Youth as vocalist, as Kalle and Markus shared the same passion towards the beautiful shoegaze music.

During first part of 2008 Kalle and Markus worked on more demo tracks and in summer Jaani Peuhu joined the band and brought along Riku H. Mattila as bassist. The making of the first EP “Breaking the Patterns“ was initiated in the end of august and continued till november when it was mastered. During the process Marko Soukka joined Scarlet Youth as guitarist.

Scarlet Youth has claimed already much positive attention among the music fans around the world. The first release introducing band’s authentic yet innovative shoegazing sound will be out in 4th of march 2009 on band’s own label Homesick Music.

In January 2010 the band started the recordings of yet untitled debut full length. The recordings were done by the end of april and the mixing process took place between may-july. Album will be released in 4th of November 2010 and 17th of November in Japan and Asia by Quince Records.