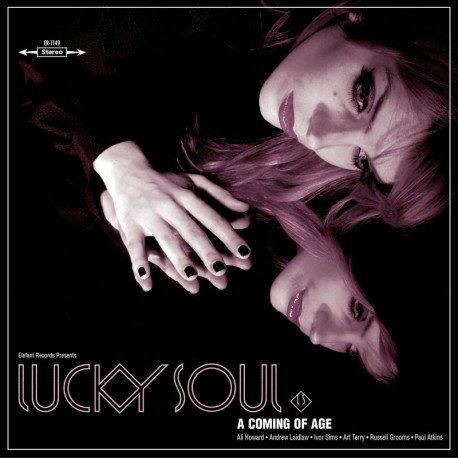 LUCKY SOUL : A Coming Of Age

12. Could Be I Don’t Belong Anywhere

Coming of age, as longed for as it may be, is still a difficult, complex and complicated process. That must be what Andrew Laidlaw, compositional mind of the Greenwich (England) sextet, thought when, upon returning to his hometown after two intense and successful years, both critically (media like The Times, The Guardian, Uncut and Pitchfork were captivated by what they declared to be an innovative and complex pop album) and with the public (more than 50,000 copies sold all over the world can testify to that), for “The Great Unwanted”, and found he had no place of his own there. Living in the band’s studio, where he constantly played the piano until the wee hours of the morning, showering in the local community pool and concentrating entirely on making a second album that, as he himself recognizes, brought him to moments of fleeting madness, debating between the confusion that such contrasts provoked in him.

This is the birth of “A Coming of Age”, the second album by LUCKY SOUL, a disc that abounds in spot-on melodies, the ability with arrangements and the ease with which they create hits, adding that special touch of complexity to an album full of nuances, artists, songs that talk about melancholy and loss, following the path set by those bittersweet sentences on “Pet Sounds”, full of mixed emotions, of that purifying process that moves from darkness to the most blinding light. This light shines on songs like “Woah Billy!”, “White Russian Doll” and “Up in Flames”; it is an impressive way of making the disc its own and a contrast with the intense backlighting that songs like “Warm Water”, “Could Be I Don’t Belong Anywhere” and the very “A Coming of Age” give off. They’re back to give new shape to pop with northern soul, showing off their mastery with a complete, complex yet easily enjoyable album, full of artists and nuances, but at the same time agile and able when it comes to connecting with the listener… Like the great classics.