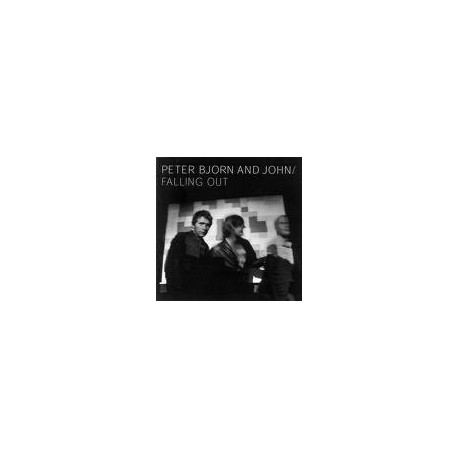 Peter Bjorn and John were formed in Stockholm, Sweden, in 1999. Made up of members Peter Morén on vocals, guitar, and harmonica; Björn Yttling on vocals, bass, vocals, and keyboards; and John Eriksson on drums, percussion, and vocals, the band is influenced by the sounds of classic '60s baroque pop, power pop, and new wave, but the guys aren't revivalists. Instead they created some of the most exciting and original indie rock of the mid-2000s. The band began playing gigs soon after forming and quickly began appearing on compilations alongside artists like Sahara Hotnights, Badly Drawn Boy, and Holiday for Strings. After releasing three singles (The Forbidden Chords EP, Failing and Passing, and I Don't Know What I Want Us to Do), the band released its self-titled first album in 2002 on the tiny Beat That! label. After more shows and more singles (People They Know, See Through) and an EP (100 M of Hurdles), the group jumped to the Planekonomi label in 2004 and released the Beats, Traps and Backgrounds EP. It was soon followed by the wonderful 2004 full-length release Falling Out, which was picked up for American release by Hidden Adenda in late 2005. The record placed them, along with the Concretes, the Shout Out Louds (both of whom Yttling has produced records for), and the Legends, at the forefront of the sparkling wave of great pop bands coming from Sweden. Their third album, Writer's Block, followed a year later, buoyed by the catchy single "Young Folks".