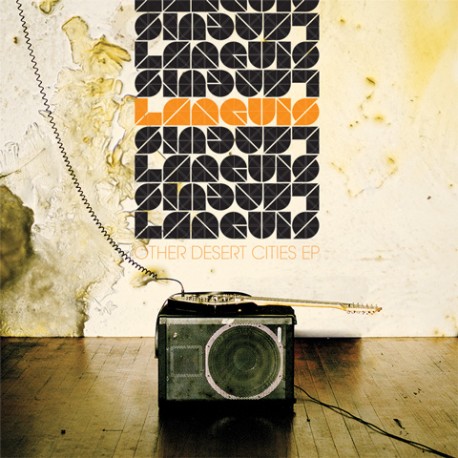 1. In the Fields Of (Lonely Fences)

2. Falling From So High

4. I Forgot I Forgot

Languis started in 1991 by founding members Alejandro Cohen and Marcos Chloca when they were classmates in Buenos Aires, Argentina. After their landmark release, The Four Walls, Stephen Swesey (Tristeza) and John Girgus (Aberdeen) joined the group as they began exploring a more expansive sound. In 2005, the guys recorded and produced the five songs that make up the Other Desert Cities EP. The tracks were sent to Ian Catt (Saint Etienne, Trembling Blue Stars, Field Mice) for further production and the result was something truly magical. The EP is a post-shoegaze psychedelic masterpiece with walls of sun-washed pop melodies and breezy Byrds-styled harmonies all swirling around gorgeous blissed-out guitars, ambient explosions of reverb, and a loose tangle of organic and synthetic textures.

The EP's opener "In the Fields Of (Lonely Fences)" instantly celebrates the band's newly discovered constellations, perfect in its far-off vocal harmonies traveling through sonic dreamscapes. Emerging from the ambient fog, "Falling From So High," develops a delicate cacophony of vocals and melody. "Times Are Changing," a song we declare as one of the most perfect dreampop songs written in the last decade, has a lovely resonating lead line that takes us through tunnels of melody and fuzz that envelop and embrace our ears. "I Forgot I Forgot" is a rich exploration in multi-dimensional sound that dissolves into the past, showing an affection for Ride's Going Blank Again. The final song, "City of Lights," is another track nearing symphonic perfection; a secret dialogue that is barely whispered, but rolling into a sonic glacier. Take a deep breath...let go.

This release also includes a digital-only bonus track called "I Paint" that was written around the same time period as the EP, but was never finished. In fact, you can find hints of "Times Are Changing" and "In The Fields" in this track, as some of the chord progression of "I Paint" went on to inspire these two other songs.