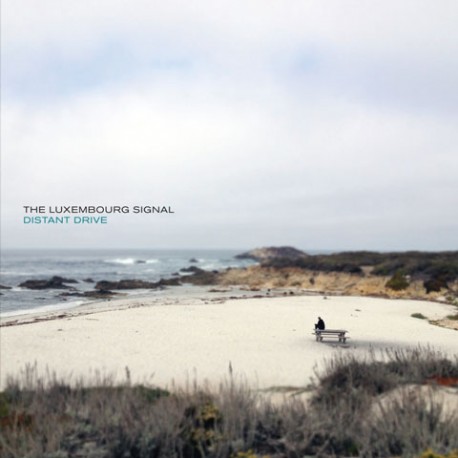 The Luxembourg Signal, while being a brand new project, features members who have been playing together for years as part of the much adored Aberdeen (Sarah Records). Several years, several bands -- including most recently Fonda and Trembling Blue Stars -- and a few reunions later, Johnny Joyner, Beth Arzy and Brian Espinosa started The Luxembourg Signal with Betsy Moyer and Ginny Pitchford. They have created a spacier, noisier, and more mature sound that occasionally harkens back to their early 90s roots. Piecing together almost ten years of ideas and nabbing any recording time possible with Beth when visiting Los Angeles from the UK, their debut is finally here. Six minutes and 25 seconds of pure-pop bliss that is the perfect teaser to their upcoming full length coming in late summer 2014 on Shelflife.

"Distant Drive" is a song you will have an immediate love affair with and is easily one of the singles of the year. It makes us so happy to hear Beth's dreamy vocals once again united with Johnny's jangly guitars and Brian's Wake-like rhythms. The B-side "Wishing Pool" is a demo recorded at an earlier Broiler Room session that we are pleased to have the opportunity to share on this release. Betsy joins Beth on lead vocals and their melodies tug at your heartstrings while the surfy guitars swell and float above the subtle synth orchestration.

The band also managed to take some time off recording to perform live supporting Shelflife labelmates The Ocean Blue in Los Angeles.

For fans of: Aberdeen, The Wake, Trembling Blue Stars, The Popguns, The Hummingbirds